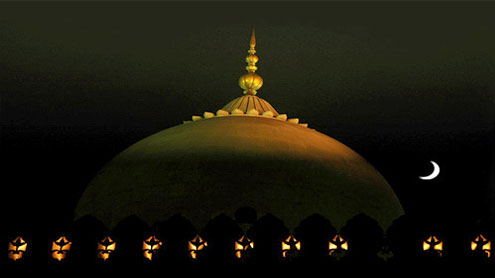 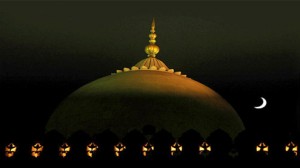 Whatever has been done by terrorists, politicians and military rulers to this nation, the people of this land of the pure have certainly not lost the zeal for Eid-ul-Fitr, which will be celebrated across the country today. Unity is surely marred this time around as well since the country has celebrated two Eids, as a minority in various parts, especially Khyber Pakhtunkhwa, has already followed the routine of the going a-day ahead from the rest of the nation and celebrated Eid on Tuesday (yesterday). Eid prayers will be offered at mosques, Eid gahs, play grounds, and in some cases large residences, where people would come to practise the Islamic tradition of the offering the Eid prayers, begging Allah to bless the country and Muslims, exchanging Eid greetings with each other, and dishing out alms and Fitrana to the needy and beggars mostly queued up outside the places of congregations.
This is the occasion which is considered to be one of the most significant festivals for the Ummah when the Muslims mark the end of the holy month of Ramzan. Eid celebrations start almost a week prior to the day, and despite busy schedules of fasting and the country’s fluid situation, the spirit of Eid does not diminish. This time it seems that it has grown with each passing moment onto the approaching Eid. Business centres have been especially decorated for the occasion, while people, which are otherwise considered to be having shrunk-pockets, are busy in buying everything, from bangles to shoes, and commodities for the house. Everyone buys new clothes to wear on the day. The Chand Raat shows the happiness and enthusiasm of the people. After the Eid prayers, next three days would be spent in visiting relatives, friends and acquaintances.
Meanwhile, Eidul Fitr was celebrated in most parts of the Khyber Pakhtunkhwa and tribal areas on Tuesday with religious fervour. The decision to celebrate the Eid was taken Monday night by the unofficial local Ruet-i-Hilal Committee.
Though, the provincial government officially did not endorse the decision of Peshawar-based moon-sighting committee, yet Chief Minister Ameer Haider Hoti, Speaker Provincial Assembly Kiramatullah Khan, Senior Ministers Bashir Bilour and Rahimdad Khan, ANP spokesman and Provincial Minister for Information Mian Iftikhar Hussain, and senior government officials offered Eid prayer here at the Governor’s House.
Besides, the ANP Central President Asfandyar Wali Khan, party provincial president Afrasyab Khattak, provincial ministers and ANP other leaders also observe Eid on Tuesday. On this occasion, a large number of people and high officials visited Chief Minister’s House and offered greetings to Chief Minister and ANP President Asfandyar Wali Khan. In provincial metropolis Eid congregation were held at number of places including Masjid Mohbat Khan, Masjid Qasim Ali Khan, Bagh-e-Naran Al-Zarghoni Mosque Hayatabad and almost in all the mosques except those under the Auqaf Department and Cantonment area. Besides, Afghan nationals living in the camps also offered Eid prayers in their respective mosques. While Eid prayers were not held at central Eidgah.
The unofficial Ruet-i-Hilal Committee of Qasim Ali Khan Mosque on Monday night had announced Eid will be celebrated on Tuesday, claiming that they had received credible evidences from different parts of the province. Eid was celebrated in Peshawar, Charsadda, Mardan, Swabi, Nowshera, Bannu, Lakki Marwat, Kohat, Hangu,and Karak districts. However, in Haripur, Abbottabad, Manshera, Kohistan, Dera Ismail Khan, Swat, Buner, Chitral, Lower Dir, Upper Dir and Shangla districts people did not follow the verdict of unofficial Ruet committee, led by Mufti Shihabuddin Popalzai. Eid prayers were offered in Mingora Police Lines Swat, Police Lines DI Khan, headquarters of Chitral Scouts and some parts of Lower Dir. The faithfuls in tribal areas including North and South Waziristan, Bajur Agency, Khyber Agency, Mohmand Agency, parts of Orakzai and Kurram Agency offered Eid prayers in their respective areas. – Nation
Previous Post