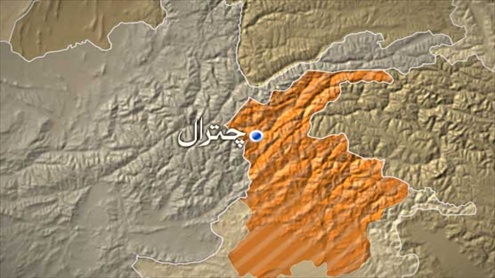 Taliban fighters killed 25 Pakistani troops in a cross-border raid Saturday, the military said, blaming alleged inaction by Afghanistan and NATO in the latest flaring of tensions between the neighbours. Some 200 to 300 “terrorists” based in Afghanistan attacked seven paramilitary Frontier Corps checkposts in the northwestern district of Chitral early Saturday morning, Pakistan’s military said in a statement.
The term “terrorists” is frequently used by the military for Taliban and al Qaeda-linked militants. The military said both Pakistani and Afghan fighters were involved. “At least 25 security forces personnel embraced shahadat (martyrdom) in the attack,” the statement said, adding that the attack was launched “from across the border”. About 20 of the militants were believed to have been killed. The border posts were overrun by militants, but reinforcements have now been sent, it said.
The Pakistani military said that those believed to have co-ordinated the raid – including a radical cleric from the Swat valley, Maulana Fazlullah, and a Pakistani Taliban commander from Bajaur, Faqir Muhammad – had previously fled into Afghanistan in the face of Pakistani military offensives. “Since their expulsion from their native areas, the terrorists have organised themselves in Kunar and Nuristan provinces with the support of local Afghan authorities,” the military’s statement said.
It said the “scanty presence of NATO and ANA (Afghan National Army) forces” along the border had led to “safe havens” for militants on the Afghan side, allowing them to launch attacks in Pakistan. Intelligence about the presence of Pakistani militants and their Afghan supporters had been passed to NATO and Afghan authorities, the statement said. “But no worthwhile action has been taken against the terrorists and attack against Pakistani border posts have continued with impunity,” it said. It was the latest in a series of alleged cross-border incidents, many of which have raised tensions between the neighbours as the Afghan war continues to claim a high toll after almost 10 years. afp – dailytimes