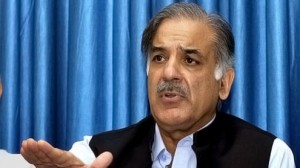 LAHORE: Punjab Chief Minister (CM) Shahbaz Sharif has said that the Punjab government has evolved a revolutionary project of self-employment under which loans worth Rs 1 billion will be given to the youth to help them stand on their own feet.He said this on Wednesday while presiding over a meeting for the provision of loans to the youth under the self-employment scheme. He said that skilled youth would be given preference under the scheme and the upper limit of loans would be Rs 50,000. He said that the self-employment scheme would result in generation of job opportunities as well as promotion of economic activities across the province. The CM also issued instructions for setting up a committee which would devise a strategy at the earliest in the light of which the scheme would be initiated across 36 districts of the province.

He said that self-employment scheme for the welfare of the youth would be continued forever and setting up of a permanent institution for the project should also be considered. The CM also issued instructions for selecting an audit-company of international repute for self-employment scheme and said that the Punjab Small Industries Corporation would distribute these loans through Akhuwat, an organisation that offers marginalised families interest-free micro finance. He said that Akhuwat had a wide experience of public service and provision of loans and would execute this welfare project in a transparent manner. He said that loans would be given to the youth under self-employment scheme in all districts of the province and special committees comprising experts and persons enjoying good repute would also be formed at the district level for monitoring the loans.

He said that such youth should be given preference in the provision of loans that was experienced in various skills and trades so that they could set up such businesses that not only leave a positive impact on economy but also generate further employment opportunities. He said that the guiding policy for the provision of loans and other matters should soon be given a final shape so that the scheme could be started at the earliest.He said that the Akhuwat should further enhance its capacity and submit a plan within seven days for the distribution of loans under the self-employment scheme. MNA Khawaja Saad Rafiq, chief secretary, chairman Planning and Development, secretaries of Finance, Law and Social Welfare, TEVTA and Punjab Vocational Training Council chairmen, Akhuwat executive director and experts also attended the meeting.

Later, while heading to another meeting, the CM gave approval in principle to the setting up of a modern fruit and vegetable market at Kacha on Ferozepur Road and constituted a committee to take all possible measures for the completion of the project within a year. He also issued instructions for provision of necessary facilities as soon as possible in the vegetable market shifted from Kot Lakhpat. – Dailytimes