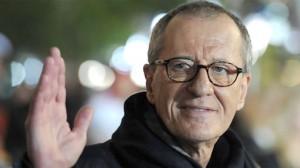 A new Australian Academy of Cinema and Television Arts (Aacta) has been launched in Sydney to “celebrate screen excellence”.Its president, Oscar-winning actor and The King’s Speech star Geoffrey Rush, said it was time to celebrate “the brilliance and originality” of Australian screen talent.The inaugural Aacta Awards will be held at the Sydney Opera House in January.On Thursday, Rush unveiled the gold-cast statuette winners will receive.The 60-year-old said he was “honoured to represent our industry” at the event and that Aacta would “galvanise the craft and talent this country endlessly produces”.

The new awards will replace the AFI awards, previously presented in Melbourne by the Australian Film Institute.The Aacta statue has been designed by artist Ron Gomboc, who also created a concrete and marble sculpture in Perth in memory to the late actor Heath Ledger.According to the AFI, the statuette, which has a base of polished tiger iron, “symbolises the raw and diverse nature of our homegrown talent”.Rush, said AFI chairman Alan Finney, was appointed Aacta president “for his excellence within the arts”.The actor won an Oscar in 1997 for his role in Shine and has been the recipient of three Bafta awards. – BBC