The first day of the event, on August 13, proved successful owing to the pleasant weather that uplifted everybody’s mood and level of enjoyment. A total of 37 photographers participated in the event, displaying a total of 62 pictures. The special thing about the event was simply the size of the photos on display, for photographers had displayed their art in 8 by 12 feet flex photos for the first time ever in Pakistan.

The pictures displayed Punjabi culture, places and the daily life activities of the citizens, and given the size of the pictures, the impact and depth of these photos increased automatically.Meanwhile, Principal Officer of the US Consulate in Lahore, Carmella Conroy, also visited the festival on the last day (Wednesday). She said that cultural activities had been disturbed in Pakistan for the last many years due to terrorism and other factors. In this scenario, promotion of fine art was the only way for creating a soft image of Pakistan in the world, she added.

Carmella appreciated the unique initiative by the journalists to show the real image of Pakistan to the world with an exclusive selection of their work. She added this kind of exhibitions should be conducted for promotion of rich Pakistani culture and to promote peace in the region. The Punjab Art Department plans to host the event in four other cities, Sialkot, Multan, Muree and Rawalpindi, by the end of this year.

The chief guest of the event was Pakistan Muslim League-Nawaz chief Nawaz Sharif. He showed great support and appreciation for the event. Lahore PJA President Nawaz Alam was amongst the organisers of the event.Addressing the audience, Lahore PJA Chairman Azhar Jaffri said, “We are shown as terrorists all around the world. The purpose of this event was to display our culture and our art for the world to see, so that they can understand that Pakistan has a lot more to offer.” He added that this kind of a large-scale event had never been organised previously in the country as well as anywhere else in the world. – Dailytimes 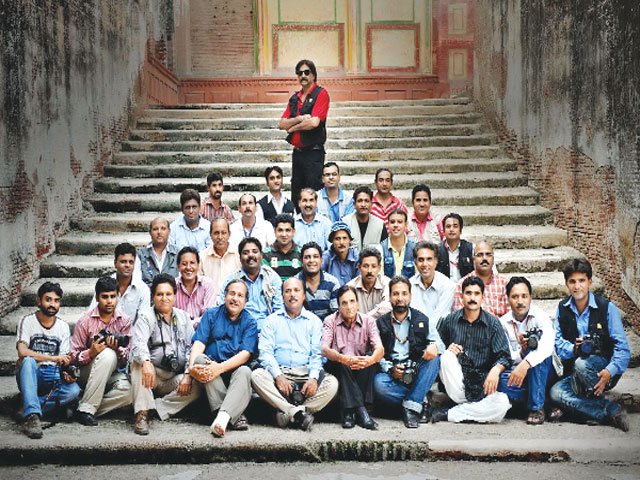