Country to be de-weaponized, vows Rehman 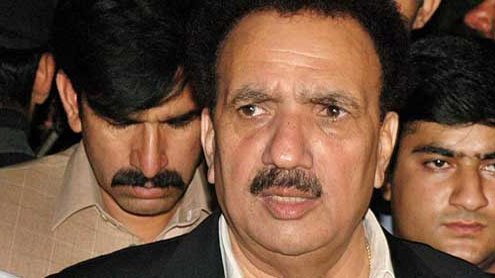 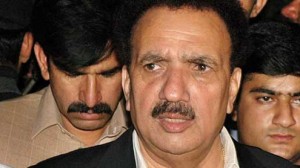 ISLAMABAD: Federal Interior Minister Rehman Malik on Tuesday again made it clear that country will be freed from all kinds of arms and ammunition and this mission will be completed thick and thin.While talking to host of journalists at the Interior Ministry after presiding a high level meeting, Rehman Malik said that strict action will be taken against extortionists in Karachi urging we respect verdict of the Supreme Court in true letter and spirit.He said strict action will be taken against holders of illegal weapons and fake licenses who may face jail terms.The Interior Minister said that a large scale campaign will be launched for recovery of illegal arms.

He said a special cell headed by Deputy Inspector General Police is being set up to deal with ‘Bhata’ mafia.He said strict action will be taken against those who have had past criminal record without any discrimination. “It has also been decided that Karachi will be de-weaponized in phases”, the Rehman stressed.Replying to a question, Rehman said that Zafar Qureshi is being provided with all optimum resources and facilities.Law and order is the prime priority of government in Karachi, he said.Regarding raids at the houses of Hamayun Mari and Jamil Bugti, Interior Minister went on to say that it is a sheer matter of provincial government and report has been sought from the province.

He highly acclaimed the role of Ulemas and Media for halting suicide bombing as joint and concreted efforts are required to tackle the menace tooth and nail.According to Media, Rehman Malik said that he respects courts adding a committee has been established on the threat to blow up FIA Building in Lahore however the building has been evacuated in this regard.Committee has been set up to probe the authenity of the threat and the matter, he urged.He said that important and key personalities have been bailed in corruption charges however government will expose all culprits involved in the heinous crime and prime example is of Moonis Elahi who is in jail.‘I faced courts bravely after some false cases were lodged on me too’, Rehman concluded. – Onlinenews