Khosa says HEC to continue as it is 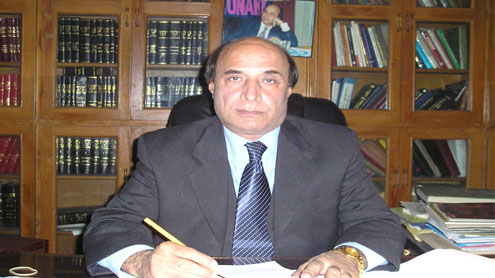 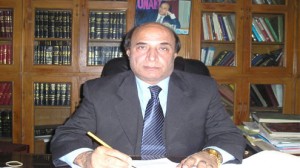 LAHORE: Punjab Governor Latif Khosa, on Wednesday, assured that the Higher Education Commission (HEC) will continue as it is, since the 18th Amendment does not absolve the federal government from its responsibility to promote higher education in the country.Khosa said this on Wednesday while addressing the audience at the 3rd University of Veterinary and Animal Sciences (UVAS) convocation at the Ravi Campus. He urged the prime minister and the political leadership to ensure maximum funds for the HEC.He said that the university should keep up its research work for the development of the country and to uplift the livestock and agro economy.He also urged the Pakistani scientists to introduce gene transfer technology expertise, especially in the livestock and agriculture sector to enhance the country’s production potential. He said that educational institutions were the most powerful tools to steer the development process in the country, thus, helping the country to attain a respectable position in the comity of nations. Khosa also quoted UK prime minister’s statement, according to which Pakistan was spending only 15 percent of the GDP on the education sector.

He said, “This was a pathetically low allocation and assured that the PPP-led government would allocate maximum resources for the development of the education sector”.While appreciating the university’s efforts, Khosa said, “I have been very impressed by the remarkable progress made by the UVAS in recent years for the promotion and reinforcement of not only veterinary sciences but also allied disciplines like microbiology, biotechnology and pharmaceutical sciences.”Separately, Khosa also condemned the suicide bombings taking place in the country. “The terrorists are neither Pakistanis nor Muslims,” he said. Addressing the youth, he said, “Your obligation is the pursuit of learning, your obligation is to serve the nation, to uphold the law. If the pursuit of learning is not defended by the educated citizen, it will not be defended at all”.UVAS Vice Chancellor Professor Dr Muhammad Nawaz said that the convocation had been arranged for awarding degrees and medals to 633 students completing DVM, M Phil and PhD degrees. He said that the university is the first Islamic veterinary university in the world, and said that the varsity focuses on imparting quality education. – Dilytimes