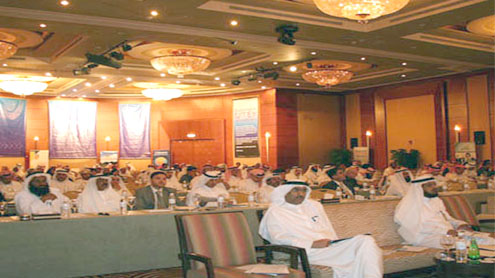 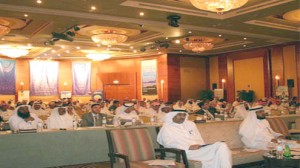 DUBAI: Room revenues for the GCC hotel industry will grow at an annual 11 per cent to hit $22 billion in 2012, and $27 billion in 2015, a forecast by a leading business advisory said.Saudi Arabia and the UAE will continue to be the two biggest markets in the region with 89 per cent combined share, Alpen Capital Limited revealed in its GCC Hospitality Industry Report.“The hospitality industry in the GCC remains positive as the sector bears a strong correlation with the healthy economic growth projected for the region and there are several strong growth drivers for the industry,” said Sameena Ahmad, Managing Director at Alpen Capital.The GCC hospitality industry has several investment merits as the travel and tourism industry is slowly grabbing the attention of potential investors”, said Sanjay Vig, Managing Director at Alpen Capital. “The growth in the sector is catalyzed by several government initiatives in infrastructure projects, bids for global sports events, commitment to diversifying the economy and initiative to stimulate the private sector.”

The report also projects optimistic and pessimistic scenarios for the room revenues based on different levels of room supply and tourist arrivals.Hospitality industry performance,  as measured by annualised revenue per available room, or RevPAR, will stabilise at around $173 during 2012 to 2015. The average daily rate, or ADR for the region will firm up to $257, while occupancy rates will be around 67 per cent for the same period. Both ADR and RevPAR in the GCC are highest among global sub-regions.The GCC hospitality industry is currently trading at a price/earning of 15 times average which makes it very attractive in comparison to its global peers, the report said. In terms of hotel rooms supply pipeline, Saudi Arabia leads the way with 61 per cent of the new room under way, followed by the UAE with 29 per cent.However, in terms of rooms under construction, the UAE leads with 62 per cent as of 2010 followed by Saudi Arabia at 16 per cent.

The demand estimate is based on forecasts of increase in tourist arrivals and leisure and business spending for international and regional visitors.“There are several factors boosting the outlook of the GCC Hospitality Industry. The GCC region has had continued economic growth and a healthy GDP projected for the future from which the Hospitality industry will benefit. The region has a strategic location making it attractive to tourists from the UK, Europe and the GCC itself,” the report said. Alpen Capital said the expansion of the middle class of China and India is also expected to present exceptional opportunities for growth for the GCC hospitality sector. The increase in business travel within the GCC region will also help in boosting regional demand.

Other factors driving the growth include the growing importance of sports tourism with many sporting events such as the Dubai Desert Classic, Formula 1 Grand Prix, and the increase in investment in the aviation sectors by the GCC countries.However, one of the main factors impacting the industry is the wave of political unrest and uncertainty across parts of the GCC region as well as the larger MENA region, which may negatively impact tourist arrivals, the report said. “Several other factors such as oversupply of hotel rooms, high employee turnover, rising cost of construction as well as availability of project financing are some of the other challenges for the industry.”Jones Lang LaSalle, or JLL, said in a recent report that financial performance will drive decision making in the UAE hotel sector in 2011, where there will be increased opportunities for the repositioning of older five-star hotels, in order to compete with new flagship properties.JLL said the Dubai hotel market would also witness an increased focus on asset management, and a diversification of product, with an increased number of budget hotels coming online as the market broadens from its previous focus on five-star properties. – Khaleejnews