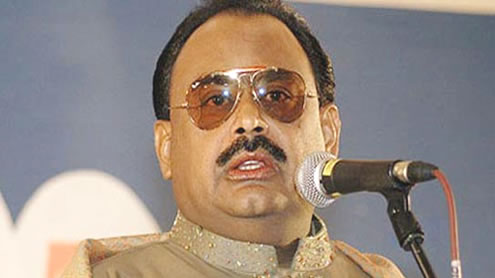 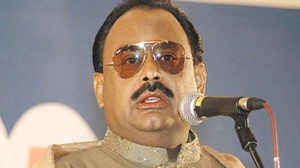 KARACHI: Muttahida Qaumi Movement (MQM) chief Altaf Hussain said that people of Punjab, particularly the younger generation and the students, would have to come forward if Pakistan were to be cleansed of corruption, loot and plunder. “Awakening of Punjab will be the awakening of Pakistan and the day people of Punjab rise, Pakistan will start moving ahead in the right direction,” he remarked. Altaf said this while talking to a gathering of members of the Coordination Committee, Zonal Committee of MQM Lahore Zone, Provincial Committee, MQM parliamentarians, youngsters, elders and women at the Punjab House, the central office of the party in Lahore. He praised the MQM workers, office-bearers, parliamentarians, students, women, elders and youngsters who have been working continuously for the public meeting scheduled to be held on April 10. He also congratulated all workers in advance over the success of the upcoming public meeting.

He said that the younger generation plays a key role in the development and progress of any country and the students of Punjab studying in schools, colleges and universities would have to join in the struggle for making the country free from the taints of corruption and for establishing a just and equitable system in the country.He hoped that the youths of Punjab would work for making the public meeting on April 10, the largest in the history of the province. He said that the role of women in the progress and prosperity of any country is of utmost importance. He praised the efforts being made by the women and girl students in the struggle of the MQM in Punjab. He deplored the comments made by an analyst in which he equated to extortion the collection of donations for the public meeting. He declared that no revolutionary movement in the world has ever succeeded without contributions made by the public. – Dailytimes