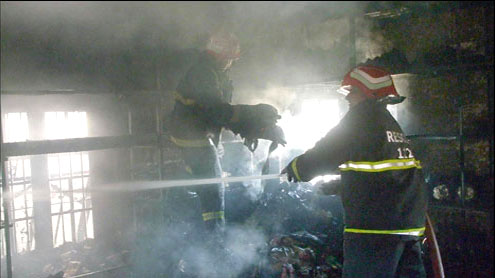 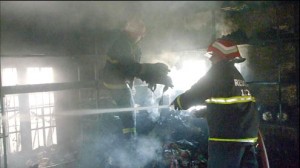 Dera Ghazi Khan: About 40 people were died and more than 100 wounded out of which 80 critically injured in three bomb blasts at Darbar Hazrat Sakhi Sarwar. The injured were rushed to the different hospitals of Dera Ghazi Khan and Multan.The staffers of Rescue 1122 apprehended a suicide bomber and handed over him to police. After the blast occurred, the stampede prevail the premises of shrine.

According to details some 30 km away from D.G.Khan , the celebration of annual Urs of famous religious and spiritual personality Hazrat Syed Ahmed Sultan were going on at Darbar Sakhi Sarwar , where thousands of devotees were gathered from Sindh and Punjab.Suddenly a power explosion took place near the main gate of the shrine. After few seconds second blast occurred near water tank while third blast happened inside the gate . Dur to these blasts approximately 40 persons including 8 ladies and 7 children lost their lives, while nearly 100 people were injured. Out of which some 80 persons received serious wounds. The injured were shifted to DHQ Hospital Dera Ghazi Khan and Nishtar Hospital Multan.

After the third blast, an employee of Rescue -1122 stopped a suspect at stairs of the darbar. The rescuer was astonished to note that he was wearing a suicide jacket . Other rescuers reached the spot and immediately tied the hands of terrorist and handed over him to police. On the occasion the bomb disposal squad defused the bombs which were attached with the jacket.The Rescue -1122 carried the injured to the hospitals where no doctor was present at emergency ward due to strike of doctors on which Rescue 1122 established a temporary hospital near the shrine and started providing them first aid and then shifted the injured to the hospitals.The incharge of Rescue -1122 Dr Natiq Hayat confirmed the death of 30 people and more than 100 people injured. The doctors who were protesting for their demands have called off their strike at Multan and Dera Ghazi Khan and resumed their duties forthwith after the blasts. He said that rescue service had to face a lot of troubles in shifting the injured to hospitals due to horrific plight of the roads.

Police has also arrested five suspicious persons form the premises of Darbar Sakhi Sarwar and shifted them to some unknown place for investigations.It is worth mentioning here that on the border of Punjab and Baluchistan Border Military Police and Baluch Levies is deployed but in spite of so much big tragedy , no high officials from both the forces reached at spot. After the incident the darbar was evacuated and the devotees were asked to leave the place at once for their own safety by the Auqaf Department.Prime Minister Syed Yousaf Raza Gillani has condemned the bomb blasts by saying that it seems that those involved in cowardice attacks were not Muslims as a Muslim could not dare to even think this kind of activity especially at holy places .He said that the incident proved that terrorist do not believe in the high values of humanity . These kind of attacks expressed the ghastly character of the terrorists. This was the conspiracy to divide the nation .Prime Minister ordered the law enforcement agencies to investigate the matter thoroughly and apprehend the terrorists behind the incident as early as possible. – Onlinenews