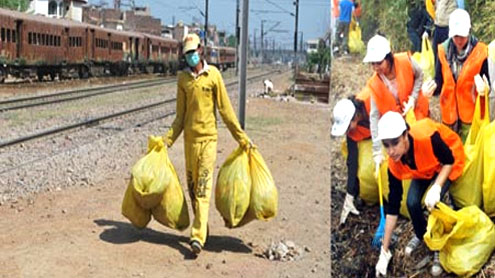 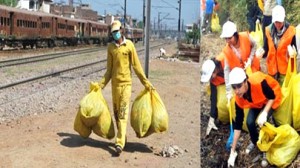 LAHORE: After successfully cleaning the Ganda Nala on Zafar Ali Road, students of various institutes got together to clean the railway tracks and the burnt bogies of the railways on Sunday as a part of the ‘Clean Lahore Campaign’ under the banner of The Environment Protection Fund (TEPF).TEPF has started working with school and college students on community service projects. Together, the Lahore Waste Management (LWM), Lahore Cantonment Board (LCB), Pakistan Railways, City District Government Lahore (CDGL), Parks and Horticulture Authority (PHA) and students from the Lahore Grammar School (LGS), National College of Business Administration and Economics (NCBA&E) and LACAS participated in cleaning up non-biodegradable garbage and also engaged the community to participate in the effort.The bogies had been burnt after the assassination of Pakistan People’s Party’s (PPP) former chairperson Benazir Bhutto.

Talking to Daily Times, TEPF CEO Zar Aslam said, “TEPF is accomplishing social change through advocacy, awareness campaigns and to lobby for a change in the government policy (at the federal and provincial level), so that it mandates 48 hours of community service in the private and public industry verticals.” She added that TEPF is also providing programmes, projects, tools and certification for community work under the clean, green and protect initiatives. Zar said that our objective is to turn social responsibility through community work into a grassroots movement.She further said that all government departments, including LWM Managing Director Waseem Ajmal Chaudhry, LCB CEO Aftab Ahmed Asif, Pakistan Railways Lahore Division Superintendent Abdul Jabbar Ali, PHA Director General Abdul Jabbar Shaheen had pledged and demonstrated their support and commitment to the initiative.

The TEPF CEO added that the good news was that all the relevant city government organisations were working together as a team alongside TEPF and student volunteers to bring about this change.She added that TEPF wants to partner with city government organisations like WASA, PHA, railways, LWM, Cantonment Board and other such organisations to support the community service activities the student volunteers were carrying out. “We have identified several areas, where student volunteers will participate in cleaning. Additional projects will be added to the pipeline based on the students’ input and suggestions,” she said.About TEPF, Zar said that the TEPF was a start-up not for profit/non-government organisation dedicated to inculcating social responsibility through community service in Pakistan.Locals appreciated the campaign and said that this campaign would attract other citizens to join them in cleaning their own city. – Dailytimes