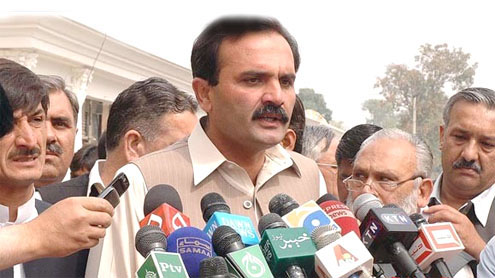 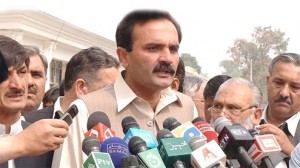 Peshawar: ANP Hangu representative delegation under MNA Pir Haider Ali Shah met Chief Minister Khyber Pakhtunkhwa Ameer Haider Khan Hoti at his office. Commissioner Kohat Khalid Khan was also present.The delegation apprised the chief minister of progress on developmental schemes in the area, natural gas, deficiency of staff in educational institutes, financial assistance to terrorism affected families, load shedding and other problems and difficulties confronting the people.The chief minister stated that his government is committed for uniform development of Khyber Pakhtunkhwa and practical steps are underway in this connection. Hoti listened humbly to their difficulties and assured them that their problems will be resolved on priority basis.

He said that the problem of shortage of staff is unfortunately affected hospitals and other departments including schools in for flung and sensitive areas of the province. He directed education department and commissioner Kohat for removal of staff deficiency in schools of Hangu. He also issued directives to commissioner Kohat regarding other demands and problems put up by the delegation. The delegation lauded policies of the government regarding construction and development of Khyber Pakhtunkhwa provision of basic facilities to the people and betterment of law and order situation and assured full support. – Onlinenews