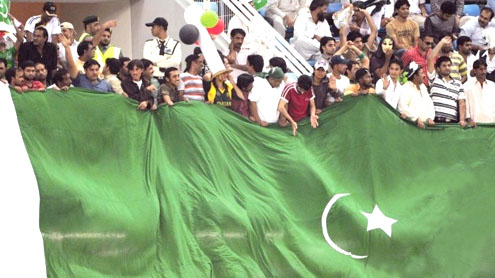 NEW DELHI: Indian government has so far issued visas to 5,000 Pakistanis to watch World Cup cricket matches, including the final in Mumbai. Most of these are multi-entry visas, allowing Pakistanis to return to India after their respective onward journeys to Bangladesh and Sri Lanka for the quarter-final and semi-final matches.

The visas were issued after due security checks by the immigration and various security agencies of each Pakistani national who applied for the travel document much in advance (minimum 45 days) to watch the quarter-finals, semi-finals and the final matches to be held in different venues across India.”The 15-day multiple-entry visas were issued only to those applicants who could show a proper ticket of the ICC World Cup cricket matches, their return journey travel tickets and addresses of their stay in India,” a government official said.Ahmedabad will host the second quarter-final, featuring India and Australia, on March 24, Mohali one semi-final on March 30 and Mumbai will host the final on April 2. So far, Pakistan has not played any of the World Cup matches in India. – TOI