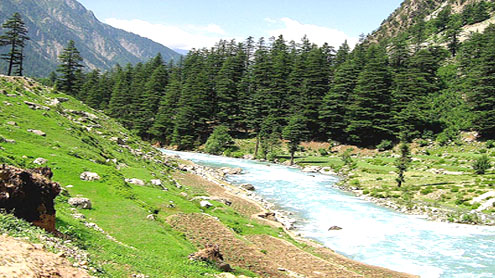 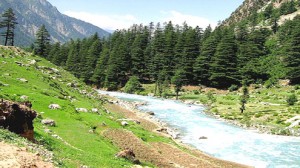 ISLAMABAD: Ministry of Tourism and Pakistan Tourism Development Corporation (PTDC) have been asked to involve the private sector and make concerted efforts to revive the tourism industry in Swat.Revival of tourism in Swat Valley needs government’s attention, Muhammad Usman Advocate, Chairman National Assembly Standing Committee on Tourism said during a meeting.Secretary Tourism Shahid Rashid briefed the meeting that Pakistan Austria Institute of Tourism & Hotel and Tourism Management (PAITHOM) established by the support of Government of Austria at Gulibagh, Swat suffered partial damaged during militancy.The Institute is currently in possession of security forces, the secretary said and added a number of requests have been sent to the Ministry of Defence and Interior in this regard.

He requested the Committee to provide support for vacation of PAITHOM and PTDC Motel at Kalam. The Committee supported the Tourism Ministry for vacation of its properties in the Swat Valley.Zafarullah Siddiqui, Economic Analyst told that over 1300 students have so far been trained at PAITHOM in Tourism and Hotel Management.If the training programme is continued, it will be beneficial for the Hotel industry of Swat and will create job opportunities for local youth, he informed.Sareer Mohammad Khan, Managing Director PTDC briefed that besides its motels in Gilgit, Skardu and Chitral, PTDC has developed a number of Motels in the area that include: Astak, Rama Lake, Khaplu, Satpara Lake, Gupis, Phandhar, Mastuj and Booni.He told that as per instructions of the Committee, token money of land at Masehra has been recovered.

Iftikhar Hussain Satti, General Manager (Hotels) PTDC informed that following the recommendations of the NA Standing Committee on Tourism, PTDC has got its Motel at Khuzdar vacated from the contractor.However, due to financial constraints and law & order situation, PTDC would offer the Motel to private parties to operate on lease, after completion of caudal formalities.He explained the case of PTDC Daman-e-Koh Restaurant is still in the court and efforts are underway for out-of-court settlement.With regard to PTDC land at Zaragrandeh (Chitral), Peshawar High Court has allowed the corporation to only use it for construction of the hotel.He added that a feasibility report has been prepared for setting up tourist facilities along the Coastal Highway and negotiations with Government of Balochistan are underway for allotment of land at Hangol, Pasni, Jiwani, and Gwadar in lieu of encroached PTDC land at Gaddani Beach

A bold decision that means a lot to IMF