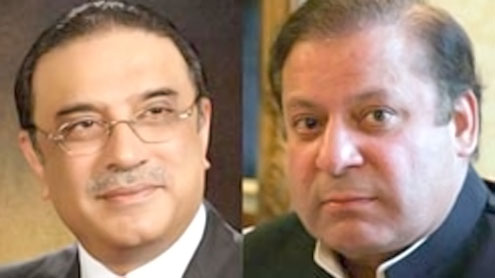 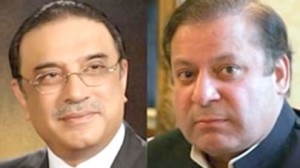 LAHORE: President Asif Ali Zardari on Sunday telephoned Pakistan Muslim League-Nawaz (PML-N) chief, Nawaz Sharif, who is currently in London, and urged him to cooperate with the government in strengthening democracy in the country, a private TV channel reported.According to details issued by the PML-N chief’s political secretary, Asif Karmani, the president laid stress on unity of the political forces for a stable democracy.The PML-N chief criticised the president for his statement wherein he threatened to cut off his tongue. The president said that he never made such statement and he didn’t have any complains against him.The PML-N chief complained that the government had, in its three years’ tenure, never taken up the agenda (a possible indication to the Charter of Democracy CoD) with sincerity which, he added, had aggrieved him.President Zardari invited Nawaz for a meeting, about which the PML-N chief would decide after his return to the country.The president also inquired about his wife’s health. The PML-N chief expressed gratitude to the president for asking about her health, the channel reported. The president prayed for early and full recovery of the wife of the PML-N chief – Dailytimes