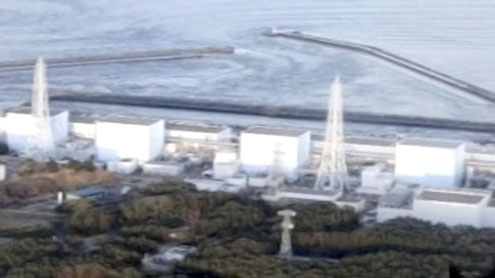 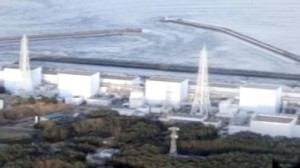 Japanese shares have tumbled on the first trading day after the massive earthquake and tsunami that hit the country’s northeast shore.The benchmark Nikkei 225 Index fell 6% to 9,632.18, while the broader Topix index was trading 7.4% lower.That has knocked more than $150bn off the Nikkei’s total market value.The Bank of Japan will inject 15 trillion yen ($183bn; £114bn) into the banking system to stabilise markets.Immediately after the quake, the central bank pledged to “do its utmost” to limit its impact, including providing liquidity to money and banking markets.The deadly quake and subsequent tsunami hit Japan just before the markets closed on Friday.”The recent major earthquake is bound to exert downward pressure on Japanese equities as a whole over the near term,” Nomura said in a note to investors.Elsewhere in the region, the main markets have also fallen on Monday, though the declines were smaller than those seen in Japan.South Korea’s Kospi share index slid 0.9%. Singapore’s STI index shed more than 0.4% and Taiwan’s main index dropped 0.8%.

Japanese carmakers and electronics firms led the declines on Monday.Early trading was complicated because many sellers of shares struggled to find buyers. As a result, a number of stocks remained untraded once the markets had opened.Shares of Toyota Motors, the world’s biggest automaker, fell 2.1% after it suspended operations at all of its 12 Japanese factories.The automaker said production will be halted till at least 16 March, reducing output by 40,000 vehicles.Japanese factories account for 38% of Toyota’s overall production.Honda, Japan’s third-largest automaker, fell 9.1%. The company makes about a quarter of all its cars in Japan.Electronics companies including Hitachi and Toshiba also dropped, shedding more than 15%.Japanese Economics Minister Kaoru Yosano was quoted by the Jiji news agency saying that he was keeping a close eye on the movement of Japan’s currency, the yen, which has strengthened.Economists said that a stronger yen may make it harder for companies to sell their goods abroad, further hurting their earnings.Analysts said that there were concerns about the speed with which Japan’s economy could rebound from the problems.

Last month Japan was overtaken by China as the world’s second-largest economy.”In the short term, the market will almost surely suffer and stocks will plunge,” said Koetsu Aizawa, economics professor at Saitama University.”People might see an already weakened Japan, overshadowed by a growing China, getting dealt the finishing blow from this quake.”Some analysts have forecast that Japan’s economy may lose as much as a percentage point in growth this year because of the quake.Japan’s economy contracted by a more-than-expected 1.3% in the final three months of 2010.However, while there are concerns about the short-term impact on the economy, there are industries where investors are looking to increase their holdings.Shares in Japanese construction firms have surged in value on Monday as they are expected to play a central role in rebuilding the country in coming months.Foreign firms have also been in focus, notably technology producers and carmakers, where shares have been gaining.Investors, for example, are expecting an increase in orders for Korean goods because production has been suspended in many of Japan’s factories – BBC