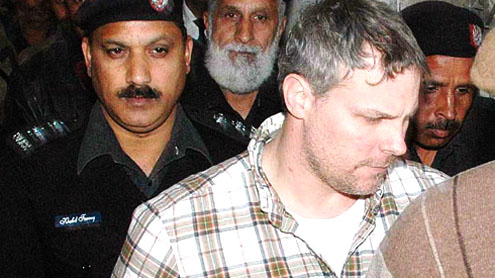 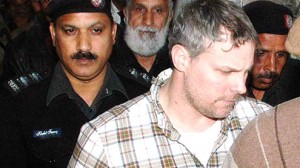 LAHORE : Raymond Allen Davis, a CIA cobra operative involved in double murder committed in cold blood near Mozang Crossing, is enjoying lavish facilities while over 3,600 other New Kot Lakhpat Jail inmates have been facing severe problems since the hardened criminal arrived in high-security prison, sources said here on Sunday.The American criminal takes exercise on daily basis early in the morning and has become a bit chubby as compared to the health he possessed the moment perhaps he committed his first publicly heinous act of crime. Informed sources said, “The atmosphere inside the jail especially the specific locality, earlier declared sensitive due to security concerns, has become no go area even for the duty officers”.

The Jail authorities have taken back the cell phones and other electronic-gadgets from the police officers deputed for Davis’ security outside the high security prison established in Kot Lakhpat Jail. “Earlier the position of Ranger and police officers were being revised after fixed timing but from the last few days the authorities have specified some officers,” they added. Their names, homes’ addresses, information about their backgrounds and mental approach have also been collected by the Jail officers. A senior police officer, who remained on security duty for Raymond and was transferred a few days ago, claimed that from his facial expression it seems he has nothing to do with the gruesome incident, which took place at Qurtaba Chowk on January 27 where Davis played the leading negative role of any Hollywood movie by closing the chapter of two innocent lives. He said: “Davis is quite calm by his attitude, which he has improved as earlier he used to abuse the Jail officials but now he often snubs them besides directing to remain away from the precincts of his lavish bedroom – Nation