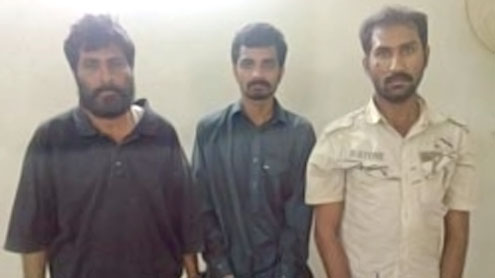 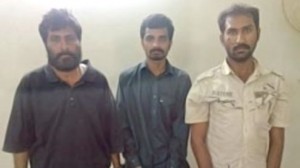 KARACHI: The Crime Investigation Department (CID) has claimed to arrest three members of a criminal gang involved in heinous crimes, including extortion, after a brief encounter here on Sunday.SSP CID Fayyaz Khan said that on a tip-off, a CID team raided Jamila Street in Saddar in the precincts of Eidgah police station and apprehended three accused Basheer alias Ustad, Arshad Ali Shah alias Raju and Kashif. The police also seized three TT pistols and 15 cartridges from their possession.He informed that the CID personnel were given directives to take action against the gang involved in collecting extortion money from doctors and businessmen. Basheer was stated as the ringleader of the gang while some women were also involved in this crime.The detained accused confessed during interrogation that they were collecting extortion money from various businessmen and doctors in Kharadar, Ranchore Line, Saddar and Burns Road areas. Further investigation was underway – Dailytimes