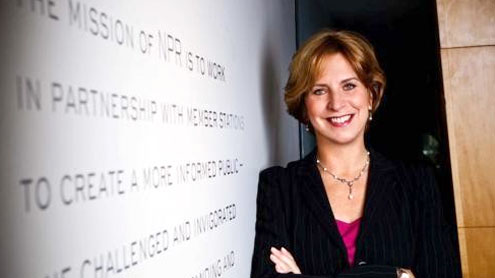 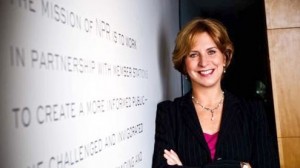 NPR chief executive Vivian Schiller resigned Wednesday, just one day after conservative filmmaker James O’Keefe released a video showing an NPR executive slamming Republicans and the Tea Party movement during a hidden-camera sting operation.”The Board accepted Vivian’s resignation with understanding, genuine regret and great respect for her leadership of NPR these past two years,” said Dave Edwards, chairman of NPR’s Board of Directors, in a statement.Joyce Slocum, the network’s senior vice president of legal affairs and general counsel, will be appointed interim CEO.Schiller’s short tenure has included a few notable controversies–including one from October that she was still fielding questions on before the latest flare-up.On Monday, Schiller spoke about how NPR “badly” handled the firing of news analyst Juan Williams. NPR hastily fired the network veteran for saying on Fox News that he’d felt nervous flying with passengers in “Muslim garb.” (Ellen Weiss, who spent nearly three decades at NPR, was later ousted following a review of the Williams affair.)Williams’ firing sparked calls from conservatives and Republican lawmakers to strip NPR of any federal funding. (Funding from federal sources amounts to about 1-2 percent of funds used by the network and roughly 10 percent of member stations’ budgets).Conservative commentators and Republicans stepped up those efforts following the publication of an 11-minute video involving former NPR Foundation president and senior vice president Ron Schiller (no relation to Vivian). Ron Schiller, who had already accepted another job last week, announced Tuesday night that he would leave NPR immediately.

On the video, Ron Schiller offered harsh criticism of Republicans during a fundraising lunch with two men pretending to be wealthy donors from a fake Islamic organization. By blasting the right, Schiller only reaffirmed the beliefs of those who consider NPR politically slanted–and therefore undeserving of any taxpayer dollars. Many conservative critics had assailed the radio network for what they viewed as politically biased programming long before Schiller arrived.Schiller, on the video, noted that “very little” of NPR’s funding comes from government sources. He also said that “in the long run we would be better off without federal funding.”That’s one statement that many conservatives would probably agree with – Yahoonews