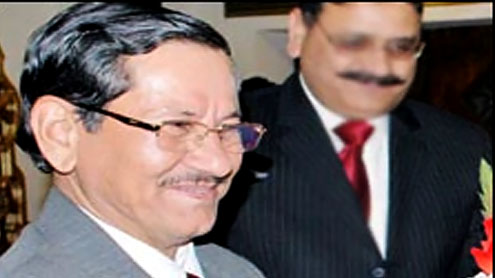 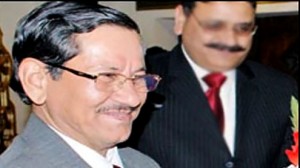 ISLAMABAD: Nepal’s Supreme Court Chief Justice, Ram Prasad Shrestha, on Wednesday sat with a two-member bench of the Supreme Court headed by Chief Justice Iftikhar Muhammad Chaudhry, and witnessed proceedings of the court. Senior most judge of Nepal, Justice Tahir Ali Ansari, sat with another three-member bench of the court headed by Justice Javed Iqbal and observed the court’s proceedings. According to the details, the two senior Nepalese judges were provided an opportunity to witness proceedings as a mark of respect for them.

Senior advocate Nawaz Kharral said that this was unique incident in the history of Pakistan that the chief justice of another country sat with the apex court’s bench and observed the proceedings. The chief justice of Nepal accompanied by Justice Tahir Ali Ansari will also deliver lectures today (Thursday) at the Federal Judicial Academy (FJA) in Islamabad and Punjab Judicial Academy in Lahore. The visiting chief justice will address the additional district and sessions judges and senior civil judges who are undergoing a one-week orientation on new laws training course in the academy. On their arrival at the FJA, DG of the academy and other members of the faculty will receive the visiting chief justice and other members of the delegation, who are on visit to Pakistan under the Judicial Exchange Programme – Dailytimes