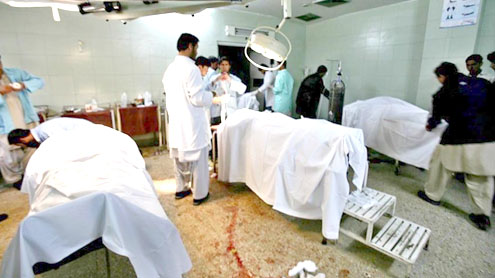 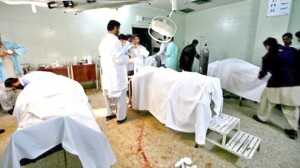 QUETTA: Seven persons were killed and 15 others injured in a landmine blast in Dera Bugti district on Wednesday. “A pickup carrying people was heading towards Dera Bugti town from Pir Koh when it hit a landmine on the road which exploded,” said Shoaib Jadoon, an official in the district administration Dera Bugti.Four persons were killed on the spot and 18 others suffered injuries. The injured were shifted to hospital, three of later succumbed to their injuries, he added. The law enforcement agencies launched a search operation to trace the accused – APP