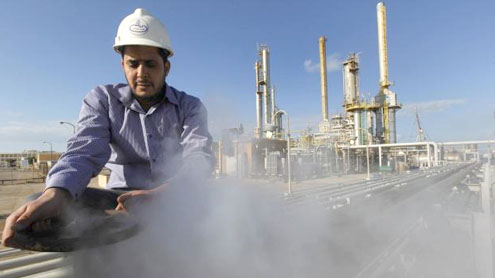 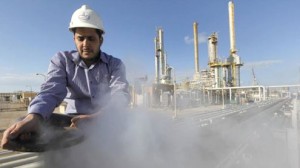 Oil prices fell on Tuesday after the Saudi oil minister said his country had 3.5 million barrels per day of spare capacity available, if it were needed.”Saudi Arabia will continue to reliably meet the world’s petroleum needs,” oil minister Ali Al-Naimi said.Oil prices dipped in evening trade with US light crude down 80 cents to $104.64 a barrel, and Brent crude down $2.38 at $112.66 a barrel.Investors continue to watch Opec for any sign of an increase in output.Members of the cartel of oil producing nations have been informally discussing whether an emergency meeting to discuss output levels was required.Kuwait’s oil minister said that Opec would now have to decide if there was a need to increase production.“We are in consultations about a potential output increase,” Kuwait’s Sheikh Ahmad al-Abdullah al-Sabah told reporters.However he added that Opec secretary general Abdallah El Badri was “calling everybody to reach a consensus over whether Opec needs to hold an emergency meeting” and that the group had taken no decision.If there was such an emergency meeting, it would then decide on whether to increase output or not.Earlier, Iran’s Opec minister Mohammad Ali Khatibi had told the Reuters news agency that there was “no shortage in the market” and “no need for further Opec supply”.He added: “But the consumers are worried, this is psychological.”Meanwhile, opposing forces – backing and rebelling against the rule of Muammar Gaddafi in Libya – are facing each other near oil terminals about 340 miles (550 km) east of Tripoli, rebels said.The two sides have been skirmishing outside the oil town of Ras Lanuf – BBC