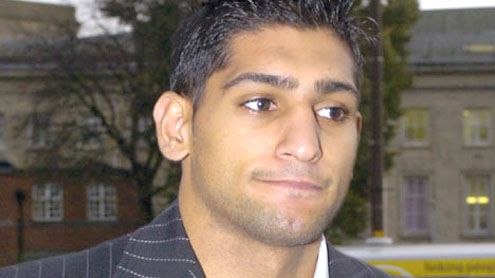 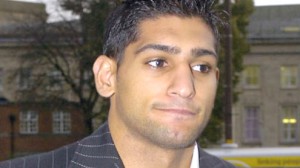 LONDON: British boxer of Pakistani origin Amir Khan was voted Sports Personality of the Decade at the  British Asian Sports Awards (BASA) event held in Central London last evening.Khan was selected from the past 10 year’s winners of the coveted British Asian Sports Personality of the Year Award.The boxer , who has won the BASA Sports Personality of the Year Award three times in the past decade, was recognised not only for his personal sporting achievements since winning his silver medal at the 2004 Olympics and his formidable career over the past six years, but also for the amazing impact he has had in changing perceptions of sport within the Asian community.In a special video message, Amir said: “This is an amazing award to receive, and I hope that my success will go some way to inspiring all those sporting hopefuls out in the community to believe that they can achieve their dreams too. Without BASA’s recognition all those years ago, I am not sure I would have had the immense support I have from the community.”Four times World Billiards Championship, Michael Ferreira took home the Lifetime Achievement Award, and cricket legend Sachin Tendulkar was honoured twice, as International Sports Personality of the Year and also in recognition of his 50th Test century in first Test against South Africa in December 2010.The British Asian Sports Awards were launched in 2001 to recognise, honour and celebrate the immense South Asian sporting talent that exists within the UK. It is the only awards ceremony of its kind and over the past ten years has discovered some of Britain’s most successful sports personalities including WBA World Light Welter Weight Champion Amir Khan, England Women’s cricketer Isa Guha and badminton Commonwealth silver medallist Rajiv Ouseph.Amir’s award was accepted on his behalf by his younger brother Haroon Khan who represented Pakistan at the last year’s Commonwealth Games in New Delhi in the boxing competition – APP