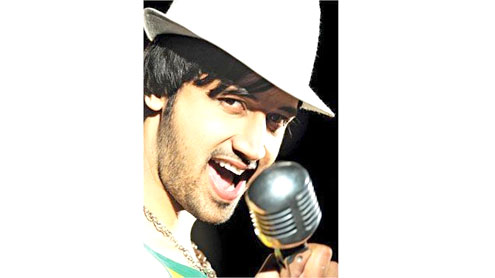 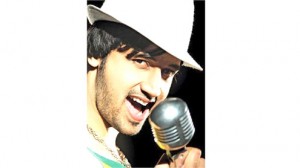 “Veni, Vidi, Vici” is Atif Aslam’s story. He came. He saw. He conquered. To say that dreams pursue Aslam would be an understatement. Humbly admitting himself as a “patient dream chaser” to Arab News, he is a superstar for his country and South Asia, as he shines in the eyes of many inspired fans across the world. He could be a dream chaser, but girls all over believe he is the epitome of music with a passionate voice they deem as magical.Aslam is famously known as the man who owns the dexterity to voice his compassionate heart, bear his soul and cascade into minds of his listeners with his voice alone. He was born in 1983 in Wazirabad, Pakistan. If you thought he was only one of the fêted singers of the world, think again. His many talents even spread to the cricket pitch.

Yes, true to his blood and his nation’s love for the sport, he played for his college cricket team and continues to take part in cricketing events. He studied at PAF College, in Lahore where he completed his F.Sc (Pre-engineering) in 2001, then acquired his bachelor’s in computer science from the University of Central Punjab. Surprised? Yes, he delivers fast on that account.Aslam’s collaboration with one of the biggest names in rock music, Guns N’ Roses, makes him a universal phenomenon. His international project, titled “The Dreamer Awakes,” alongside the most compelling and outstanding band in history of rock, will be released in summer 2011.Best known for his commanding “vocal belting technique.” India probably has his largest fan base, showering their love and accolades on the big star who has sung for successful Indian movies. Favorite Aslam tracks chanted all over the world include “Aadat,” “Woh Lamhe,” “Tere Bin,” “Kuch Is Tarah,” “Pehli Nazar Mein,” “Tera Hone Laga Hoon,” “Tu Jaane Na,” “Tere Liye,” “Meri Kahani,” “Yakeen” and “Jalpari.”The Pakistani Government honored him with the Tamgha-e-Imtiaz (Medal of Excellence) in 2008. Aslam is now ready to dazzle on cinema screens marking his debut as an actor in “Bol” by the acclaimed Pakistani director, Shoaib Mansoor, where he plays the role of a doctor.

Aslam’s three songs feature in the Hollywood film, “Man Push Cart.” While “Aadat” is the main track, “Ehsaas” and “Yaqeen” are also included. Aslam released his first solo album, “Jal Pari” in 2004, and promoters declared it to be the best-selling album of that year within just five months of its release.Furthermore, Aslam played at Coke Studio, a greatly recognized TV show, which focuses on a “fusion of the diverse musical influences in Pakistan, including eastern classical, folk, and contemporary popular music,” and has a huge fan following of over 477,683 fans on Facebook.He performed in Dubai, the heart of the Gulf Emirate, on New Year and was back on Feb. 17. Rest assured, we know Dubai just cannot get enough. Whoever said music is a state of trance definitely envisioned Atif Aslam.

Here he is sharing his words of wisdom with Arab News, exclusively for you.


What do you think makes you, being a South Asian, the most distinguished singer in the eyes of the world?

It is all by the Grace of Allah, I am very blessed in this regard. I never envisioned this fame for myself. I think it is people’s love that sets me apart.


Describe yourself in three words.


What song do you love performing?


Ado you have any regrets in life?

Alhamdulilah none so far.


What are you passionate about? What makes you happy?

I take inspiration from my surroundings, everything around me, and I believe in being good to others. That makes me happy.


When does “Bol” finally release this year?


A few of your songs include poetry by Faiz Ahmad Faiz. Who are your inspirations?

I find my inspiration in everything, so nothing in particular. “Rabba Sacheya” was done for the people who feel helpless in this materialistic world.


What is your current favorite song? Does not have to be your own.


Does Dubai love you or do you love Dubai? Your favorite place for a concert tour?

Well, Dubai is a nice place and we always have fun when we are here. My favorite place for concerts is Royal Albert Hall in London. That’s because of the acoustics of the venue and the energy there once it is packed. Unbeatable.

Tell us about your future plans.

I am excited for the “Bol” movie to release. Then, Insha’Allah I will begin working on my next album.


What is the negative aspect of being a star?

It is not really bad but sometimes you just have to be ultra patient because no matter how you are feeling, you have to be nice and have a smile on your face.


Any unfulfilled dreams? (We hope you achieve all of them)

Dreaming is a never-ending process. “Jab tak life hay tab tak” (as long as you are alive), one should not stop dreaming and you should follow your dreams.Aslam has won many awards to his name, like Indus Music Awards for Best Lyrics for “Aadat” and Best Composition. He has won the Sahara Sangeet Award for the Best Playback Singer and MTV Style Award for the Most Stylish Person in Music. Picking up the Most Wanted Male award twice, speaks enough about the man. samsung sam rule 24

What really sets him apart? His inimitable style and what most souls lack: The most pertinent factor of believability. Delve deeper into his soulful voice and you might witness Nirvana.They say singers feel it is a challenge to sing a song with strong vocals by Aslam because there is no contender to match his voice. If his inspiration is one of the greatest poets in history, Faiz Ahmad Faiz, then we know where he comes from. And it does not get better.If invincible was a genre, then it chooses Atif Aslam as its singer. He may be one of those blessed fantasists, but what his humility disregards is his pure essence, and that he is nothing less than legendary – Arabnews

Siemens to set up center of engineering excellence