PPP to play role of active opposition in Punjab Assembly 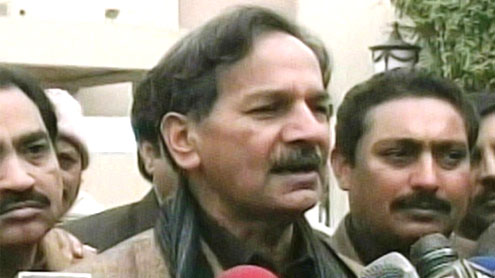 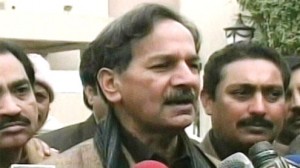 LAHORE: Parliamentary party of the Pakistan People’s Party (PPP) in Punjab has decided to play a role of an active opposition in the provincial assembly, sources said.A special meeting of the parliamentary party was held at the Punjab Assembly Secretariat on Tuesday to discuss the future course of action, especially after the Pakistan Muslim League-Nawaz (PML-N) parted ways with the PPP in Punjab, they said.Punjab PPP President Imtiaz Safdar Warriach chaired the meeting where all the expelled provincial ministers, including Raja Riaz, were present.Talking to reporters after the meeting, the PPP leaders vowed to fight for the rights of people in Punjab. They asked Sharif brothers to avoid launching any long march against the PPP-led government. “The PPP knows how to stop illegal rallies,” they said, adding that the party workers would ‘fix’ them at the Raiwind Palace.PPP’s parliamentary leader in the Punjab Assembly, Raja Riaz, said his party would smash ‘lota factories’ of the PML-N in the province by playing its constitutional role in the House.

He said his party would plead people’s case in the assembly, adding that the parliamentary party reposed full confidence in the leadership of President Asif Ali Zardari and Prime Minister Yousaf Raza Gilani.Riaz appreciated the role of Senator Raza Rabani and Law Minister Babar Awan for their services in strengthening the democratic system in the country.Later, Warriach told reporters that the meeting discussed the political scenario in Punjab and ways to expose frauds in the Danish School Scheme of the Punjab government. He announced that now the PPP was not morally bound to defend the Punjab government and would raise the pressing issues faced by the people.He said the issue of Raymond Davis was directly related to the Punjab government as the crime scene, police and jail, all of these things were in Punjab, so now it was a matter between ‘Raymond and Raiwind’. He also criticised the politics of the PML-N chief Nawaz Sharif and said that Sharif brothers were involved in a great ‘topi drama’ as they had already done in the past when they fled to Saudi Arabia during Musharraf’s regime – Dailytimes