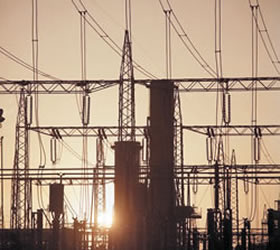 The Karachi Electric Supply Company has finally reached separate agreements with the defaulting consumers of the Liaquatabad and Korangi areas through the involvement of Muttahida Qaumi Movement legislators as well as other influential persons.In the wake of violent protests by consumers in both the areas, MQM legislators and the associations concerned convened meetings of all stakeholders and persuaded defaulting consumers not to resort to violence or draw electricity illegally and to instead pay off the longstanding power bills as per an acceptable schedule. At Liaquatabad, Muttahida Qaumi Movement Senator Haseeb Khan, MPA Anwar Alam and Adviser to the Sindh Chief Minister Khwaja Izhar organised a meeting of representatives of the nonpaying commercial and residential consumers of Al Karam Square and Apsara Apartments and KESC officials. Participants of the meeting agreed to a schedule of payment and the KESC extended the facility of easy instalments of the longstanding dues.

It was agreed that all missing meters would be reinstalled to regularise billing and the supply to residential and commercial customers would be segregated as per their due tariff category. All the associations concerned would help KESC teams undertake the process and would cooperate with it in taking legal action against those consumers who might violate the agreement.According to a spokesperson for the KESC, the power utility has made it clear to all the stakeholders that in case of default or non-conformity to the agreement, it will discontinue power supply to these projects without further notice. In Korangi, power supply through 11 PMTs meant for commercial consumers had been discontinued early last week as the defaulting consumers had failed to pay off longstanding arrears of around Rs45 million. These PMTs were reconnected only after elected representatives of the area assured the KESC of dues payment. On December 25, a meeting was convened by Landhi MNA Asif Husnain which was attended by KESC officials, MPA Amir Moeen and representatives of 11 markets and other defaulting commercial areas of Korangi. The meeting decided that all the defaulting residential and commercial consumers would immediately start payment of dues outstanding since 2003. The KESC agreed to extend to them the facility of easy instalments. The KESC has also offered a special package to the consumers using electricity through illegal connections. Under the package, these consumers will be provided new connections and the process of regular electricity supply will start on a fast-track basis. During the process, illegal connections will be removed and meters installed. The package also includes the facility of paying the new connection charges in easy instalments with the monthly bills. A coordination committee comprising the KESC management and local representatives was formed to help implement the package and try to resolve any issues relating the package.

As part of the KESC’s revenue recovery drive, the major locations raided during the current month are: Rabia City, Gulistan-i-Jauhar; Sara Shopping near Superhighway; Bismillah Centre near Superhighway; Shakeel Gardens, Scheme 33; Iqra City Phase-II, Abul Hassan Ispahani Road; A-1 Complex Phase-I and II, Abul Hassan Ispahani Road; A-1 Apartments, Abul Hassan Ispahani Road; Shireen Jinnah Colony; KDA Flats, Surjani Town; and Palm Beach Apartments, Clifton. Power supply was disconnected and negotiations had been held with the representatives of the defaulting consumers. Elected representatives and influential persons of the areas played their due role in this process and non-payers were made to sign undertakings assuring the KESC to pay off the dues as per a payment schedule. – Dawn