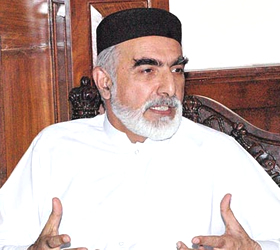 PESHAWAR: The Khyber Pakhtunkhwa government is considering establishment of a body to facilitate investment and trade in the province, putting life into otherwise a dead issue.“The fresh proposal for setting up Khyber Pakhtunkhwa Board of Investment and Trade (BOIT) has been forwarded by Governor`s Secretariat to provincial government seeking creation of a body, with greater involvement of private entrepreneurs,” an official told Dawn .The chief secretary of Khyber Pakhtunkhwa has asked the industries and finance departments to submit a joint working paper for a meeting, to be convened shortly, to review the proposal in this regard.The proposal, worked out by Institute of Management Sciences and a copy of which is available with Dawn , says that main purpose of BOIT will be to develop the provincial economy by focusing on investment, promotion and facilitation and export development.The BOIT, as per the proposal, will have four business units each for investment promotion and facilitation, export development and promotion, industrial linkages development sectors and international operations, having overseas offices.

The proposed board will be a corporate body registered under Companies Ordinance 1984, as a non-trading company having objectives confined to one province only. The board of this new body will consists of 23 members, eight from public and 15 from the private sector. The chief minister will be the chairman, minister industries vice chairman, secretary planning and development, industries, minerals, finance, energy and tourism as ex-officio members.Five entrepreneurs, president of Sarhad Chamber of Commerce and Industry president, business association of textile, marble, furniture, industrial estate, Women Chamber of Commerce, director of a leading management school, vice-chancellor University of Engineering and Technology and presidents of chamber of commerce of Punjab and Sindh will be the directors from the private sector, says the proposal.The proposal also contained amendments in the SDA Act 1972, by making the minister of industries as chairman of the authority instead of a bureaucrat, which is the case at the moment.

The executive authority of the SDA will vest with the Board of Governors instead of the chairman, as the former will exercise all powers and do all acts which are necessary to achieve objectives of the authority.A senior official at industries department said that the concept behind the proposal was to convert the SDA into BOIT, a step to give private sector the lead role in micro management of the industrial estates. Khyber Pakhtunkhwa Governor Owais Ahmad Ghani, early this year, had proposed to the provincial government for conversion of SDA into BOI by placing it under the control of the private sector.Consequently, a new scheme for setting up BOI was included in the Annual Development Programme. However, the move was resisted by the industries department and subsequently it was dropped from the development programme, the official added. He said that industries department considered the fresh move similar step to do away with SDA and make it a body subservient to its clients, the industrialists.Industries Secretary Abdul Karim Khattak, when contacted, brushed aside the impression of converting SDA into BOIT. He, however, conceded that the government was reviewing certain proposals to introduce reforms in the authority.“BOIT and SDA are two different things. The BOIT has got nothing to do with management of industrial estates, which is the core job of SDA,” he said. He added both the entities would have close liaison with each other, but it would not be a single body – Dawn