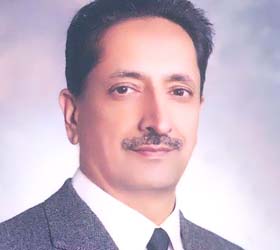 Justice Kundi, who was appointed as additional judge of the high court in Sept 2009, was appointed permanent judge of the court by the president on the recommendation of the Judicial Commission under Article 193 of the Constitution.

Interestingly, only seven days are left to the retirement of Justice Kundi as he will attain superannuation on Dec 30, 2010. — Bureau Report – Dawn