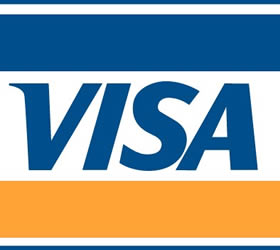 Prepaid is the fastest growing payment mechanism worldwide, with the UAE alone expected to exceed $18 billion from prepaid cards over the next five years, according to an industry specialist. A similar prepaid growth rate is also predicted in Saudi Arabia, James Ratcliff, Editor of Cards International and spokesperson for Prepaid Summit: Middle East 2011, organised by VRL Financial News in Dubai, UAE. “The region’s prepaid opportunities will be fuelled by various factors including the high standard of living, the skilled expatriate population and the vast number of unbanked migrant workers,” Ratcliff said. “The latest figures place the UAE’s per capita income at $43,000 per person (2008), with the expatriates making up 85 per cent of the skilled workforce in the Emirates and 40 per cent in Saudi,” according to a statement. Meanwhile, migrant workers comprise 39 per cent of the UAE’s labour force, and 29 per cent in the Kingdom of Saudi Arabia, it added. Ratcliff said that these factors are behind the region’s prepaid spending growth.

According to a recent report from the key sponsor of the summit, Visa, growth in prepaid and debit transactions continues accounting for more than half of Visa’s business. “Over the next five years, transactions by prepaid mechanisms will account for almost 60 per cent of purchases globally,” Ratcliff said. “With credit card expenditure down between seven and 10 per cent this year banks need to look for new products for existing customers, as well as for new customers. Prepaid can deliver both. It can allow a range of applications both for businesses and consumers – either as part of a broad card strategy, or as a stand-alone product.  Either way prepaid cards provide banks with the unparalleled opportunity to create new revenue and profit streams,” he said. The 2011 Summit will focus on emerging opportunities in region such as prepaid cards by Sharia’s and the perspective of the broader Asia Pacific, including the Indian subcontinent. The 2011 Middle East Summit on March 22 and 23 brings together Middle East and International experts and successful case studies in prepaid. The summit highlight will be exclusive research on the markets and potential opportunities by more than 35 speakers. Visa is on-board again as summit Title Sponsor and Network International as the silver sponsor. – Khaleejtimes

Bollywood hopes animation is a draw for audiences