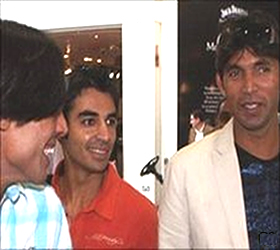 KARACHI: The International Cricket Council (ICC) is likely to hold a teleconference on Tuesday (today) with the lawyers of the three suspended Pakistan players, Salman Butt, Mohammad Asif and Mohammad Aamir. The decision to have the teleconference was taken after Salman through his UK based lawyer Yasin Patel requested the ICC to postpone the full hearing of the code of conduct commission tribunal scheduled for January 6 to 11 in Doha, Qatar.

“Salman as asked for an extension in the dates of the hearing that will decide basically the fate of the three players who are charged of involvement in spot-fixing by the ICC anti-corruption unit,” one reliable source was quoted as saying on Monday. He said that Salman’s lawyer had taken the plea that the hearing should not be held until the Scotland Yard completes its investigations into the allegations made by Pakistan bookmaker Mazhar Majeed about the player’s involvement in spot-fixing. Salman’s lawyer has also taken the plea that the hearing should be held after the crown prosecutor’s office in London delivers its verdict on the Scotland Yard investigations.

“The teleconference is being held with the players and their lawyers to consider and discuss the request of Salman and his lawyer since the other two players are also scheduled to attend the hearing in January,” the source said. He said that they were indications that the lawyers for the two other players were not keen on a postponement as they wanted a decision from the ICC tribunal as soon as possible. All three players face life bans and heavy financial fines if the tribunal upholds the evidence provided by the anti-corruption unit of the ICC. Salman, a former Test captain, has been at loggerheads with the ICC since the three were suspended in September while touring England and has also frequently changed his lawyers. Recently, the ICC sent back his reply to the charges made out against him by the ICC and asked him to submit a fresh reply – Dailytimes