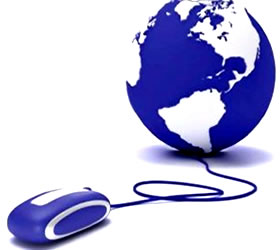 KARACHI: Pakistan Telecommunication Company Limited (PTCL) has shown laggard price performance with share price up 2.4 percent in the quarter to date, compared to the broader market rise of 17.7 percent, mainly due to margin erosion particularly on salary concerns. Moreover, the delays in Universal Service Fund (USF) projects amid flood damages and bureaucratic issues in USF setup, lack of development on the resolution of the real estate issue, and Etisalat’s expected increase in its existing stake are also among the problems aggravating the company’s unimpressive price performance.The market experts in the light of the latest figures believe that the company is expected to report an earning per share (EPS) of Rs1.91 and Rs2.07 in FY11 and FY12, respectively. The target price for the stock has been cut to Rs 26 from Rs 30 earlier with a break-up of Rs14 for the incumbent operator and Rs12 for its cellular subsidiary, Ufone. However, it is anticipated that a rebound in earnings will happen due to the management’s focus on bundling and value added services (VAS), said Mustafa Bilwani at JS Global.

PTCL’s last two quarterly earnings remained below expectations, as the company reported an EPS of Rs 0.28 (down 26 percent compared to last year) and Rs0.41 (down 19 percent from last year) in Q4FY10 and Q1FY11, respectively. Operating costs rose by eight percent for Q4FY10 and nine percent for Q1FY11 mainly because of an increase in salary expenses, which constitute 22 percent of total operating costs.On a positive note, the company’s effective cash management strategy of interest income from loans to its cellular subsidiary and term deposits continues to bear fruit and has become a significant contributor to the company’s profitability.Absence of key USF management personnel has stalled the awarding of new contracts along with other strategic decisions. However, according to the management a recent appointment has been made and the USF board is likely to meet in the next few weeks to decide on issues.Factors like increased focus on bundling of services to increase the revenue base, strong growth in broadband VAS market, effective cash management leading to an increase in non-core income and an expected uptick in margins beginning 2nd QFY12 after the Etisalat technical fee agreement expires would keep the company in a positive state – PT