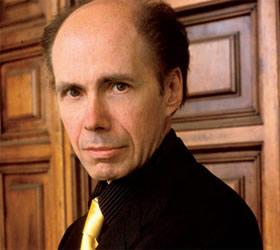 Deaver is the author of the new, eagerly-anticipated James Bond novel, which is due to be published in May next year. The book, which has been commissioned by the Ian Fleming Estate, is currently known simply as ‘Project X’ and its plot is a closely guarded secret. January’s Emirates Lit Fest event will be Deaver’s first public appearance as a James Bond author, where he will discuss his love of all things Bond. The audience will be among the first to hear a little bit about his new book. He has already revealed that it is set in the present day and takes place in a number of exotic locations around the world.

Deaver has written 26 novels and sold more than 20 million books worldwide, topping the charts on both sides of the Atlantic. He is best known for his Kathryn Dance and Lincoln Rhyme books, most notably The Bone Collector, which was adapted for film in 1999, starring Denzel Washington and Angelina Jolie.

Magrudy’s will be selling copies of Deaver’s books at the event, as well as previous Bond novels and biographies of a number of Bond actors, and Ian Fleming, the creator of the Bond character. – Khaleejtimes

America’s net is closing on Assange