Pakistan, China to celebrate 2011 as Year of Friendship 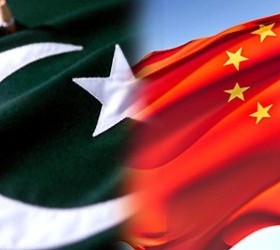 Pakistan Saturday announced to celebrate 2011 as “Year of Friendship” to mark 60th anniversary of the establishment of diplomatic relationships between the two countries.Prime Minister Syed Yusuf Raza Gilani while addressing a luncheon hosted in honour of visiting Chinese Premier Wen Jiabao here at local hotel said, “We celebrate the 60th anniversary of the establishment of diplomatic relationship between the two countries.” Gilani said, “We have decided to jointly celebrate 2011 as a Year of Friendship between Pakistan and China.”

Prime Minister Gilani said China is Pakistan’s most trusted and reliable friend and the people of Pakistan welcome Chinese Premier and members of his entourage from the core of their hearts.
“We take great pride in our all-weather and time-tested friendship and our relations transcend any expediency. These are rock solid and rooted in our national ethos,” said the Prime Minister. – App