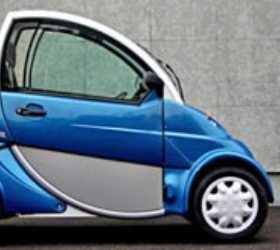 Pakistan invited Chinese investors to set up such a facility in the EPZs with a view to target Middle East market which in addition to having close proximity to Pakistan is a Trans-shipment hub for re-export to other countries of Middle East, Far East, Africa, Europe, America and Central Asia. Best locations for establishment of such a plant were Karachi and Gwadar.

The Chinese government was determined to become a world leader in green technology and it planned to invest billions of dollars over the next few years to develop electric and hybrid vehicles. According to available information, China had planned to have five million electric cars on the roads by 2020, which accounts for 35 percent of the global electric vehicle market. Presently a local entrepreneur has set up a facility for manufacturing of electric car with the name of Karakoram Motors Company at Karachi.

The plant has been relocated from Canada. This facility was basically intended for export and local market. The company had successfully manufactured a prototype of electric car. The government of China as a joint venture with Karakoram Motors Company or with 100 percent equity may explore possibility of making Pakistan as hub of manufacturing and marketing electric cars in this region and beyond. After the permission of import of used cars up to 5 years old, the ministry under the directives of the Minister Mir Hazar Khan Bijarani had prepared a proposal for allowing the import all other vehicles except motorcycles and three wheelers which include Buses, Coaches, Wagons, Trucks and Tractors etc up to 5 years old as well.

The ministry has prepared a new entrant policy for automobile sector in which the government had decided to invite China particularly and all other international market players of auto industry to invest in Pakistan through joint venture or any other practicable option for car manufacturing.

For starting an immediate production of cars, the ministry could provide already prepared bases in its SOEs like HMC, HEC, PMTF, PECO, KTDC, TUSDEC and SEL etc. The new entrant policy allows import of 100 percent CKD at leviable rate of Custom Duty for a period of 3 years which the custom duty would commence from the date of manufacturing of car. The existing customs duty on import of CKD parts was 32.5 percent whereas the ministry has offered an attractive incentive of customs duty for new entrants, on import of CKD for first 3 years. First year was 5 percent, 2nd year 10 percent and 3rd year 20 percent customs duty would be charged on import of the CKD. During this period (first 3 years) the new investors would be required to achieve localization/deletion to the extent of 50 percent by value. After the first 3 years, the new entrants should be allowed import of non-localised parts at the leviable rates that are 32.5percent of customs duty for a further period of 2 years. Thereafter the new entrants would be required to match the levels achieved by the existing players. staff report – Dailytimes