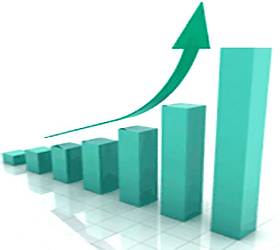 The Report, which presents an assessment of financial stability for 2009 (CY09) and the first half of 2010 (H1-CY10), is based on the theme of Role of Government in the Financial Sector and assesses the government’s developmental role in enhancing the financial development in the country. It said the bank deposits, which have a key contribution in maintaining financial stability, grew by 13.5 percent in CY09, and 8.2 percent in H1-CY10, bringing the total deposit of the banking system to Rs 5.1 trillion by end-June CY10. This bodes well for enhancing prospects of financial stability, especially keeping in view the slowdown in deposits growth in CY08.

The deposit growth is largely driven by the growth in home remittances of 23.9 percent (in USD terms), gradual economic recovery, and the substantial increase in government borrowing, a portion of which flows back into the banking system in the form of deposits, the report added. The Report opined that healthy deposit growth is indicative of banks’ resilience to the competition from the National Savings Schemes (NSS), which generally offer a higher rate of return than bank deposits.

It said that the pace of deterioration in the quality of advances slowed down considerably as in CY09 Non-Performing Loans (NPLs) increased by 24.2 percent to Rs 432 billion and further by 6.4 percent to Rs 460 billion by end-June CY10. Going forward, NPLs remain a key cause of concern for the banking sector, it added. However, the Report noted that structural weaknesses in the process of revenue generation, significant rigidities in government spending, expansion in quasi-fiscal operations have added to the fiscal burden, which is increasingly financed from the financial system.

It pointed out that the banks’ exposure to the government increased significantly during 2009 and in the first half of 2010, with particular concentration in the power sector due to the ongoing issue of circular debt, and continued increase in lending to public sector enterprises and commodity finance in general – Brecorder