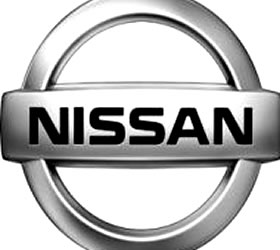 Nissan Motor Co. and Mitsubishi Motors Corp. said Tuesday they have agreed to form a comprehensive tieup centered on the formation of a joint venture to design and develop minivehicles for the domestic market.Through the 50-50 joint venture, the carmakers are hoping to boost the competitiveness of their minivehicles. Demand for the little cars has remained steady despite the general slump in the new vehicle market.The two carmakers will also boost reciprocal supplies of vehicles procured on an original equipment manufacturing basis.Nissan will provide a light van and wagon to Mitsubishi Motors for the domestic market, while Mitsubishi Motors will supply Nissan with a sport utility vehicle for markets in the Middle East.They will also consider a plan for Mitsubishi Motors to produce Nissan’s Navara pickup truck at its Thai plant.

“This agreement is important for Nissan as it supports our expansion in emerging markets, meets immediate capacity needs overseas, and enables us to grow our minicar business in Japan,” Nissan President and Chief Executive Officer Carlos Ghosn said.Mitsubishi Motors President Osamu Masuko added, “The expansion of our OEM agreement will complement each other’s regional characteristics and product lineup, and the 1-ton pickup and minicar projects will be the best solution to strengthen each other’s competitiveness.”Daihatsu Motor Co. has launched the redesigned Move minivehicle, boasting the best fuel-efficiency for a gasoline-powered automobile in Japan outside of hybrids.Some new Move models are equipped with the idling-stop system that automatically stops the engine when the car is stationary, such as at a stoplight, to reduce gasoline consumption.The function helps the cars get 27.0 km per liter, Daihatsu said, meaning the new Move is more fuel-efficient than Toyota Motor Corp.’s new Vitz that goes on sale later this month, which gets 26.5 km per liter -Japantimes