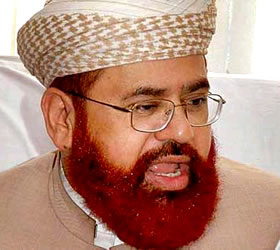 ISLAMABAD: Prime Minister Syed Yusuf Raza Gilani on Tuesday sacked Ministers for Religious Affairs Hamid Saeed Kazmi and Minister for Science and Technology Azam Swati from their offices, a statement from the PM House said. Though the PM House statement did not mention any reasons it is believed that the Minister of Religious Affairs was fired as serious allegations of corruption in the Hajj this year were levelled against him.The former Minister for Science and Technology Azam Swati and the Minister of Religious Affairs had entered a verbal bout, blaming each other of corruption during the Hajj operations.