BP to sell upstream interests in Pak to UEG 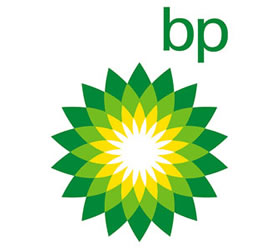 KARACHI: British Petroleum (BP) announced on Tuesday it has entered into an agreement to sell almost all of its exploration and production assets in Pakistan to United Energy Group Limited (UEG).UEG will pay BP a total of $775 million in cash for these assets, which consist of nine producing and exploration blocks in Sindh province and four offshore exploration blocks in the Arabian Sea.The assets are held by BP Pakistan Exploration and Production Inc., BP Pakistan (Badin) Inc and BP Exploration Alpha Ltd. The transaction is expected to be completed in the 1st half of 2011.The sale of these interests in Pakistan is part of BP’s plan, announced in July 2010, to divest up to $30 billion of assets by the end of 2011. Before the agreement to sell these assets in Pakistan, BP already had sales agreements in place totalling approximately $21 billion. The proceeds of this latest sale will be used by BP to increase the cash available to the group.

BP group chief executive Bob Dudley said: “Today’s agreement is further evidence of the rapid progress BP has made towards the divestment target we set out last summer. We now have agreements to secure the majority of our divestment target. We are continuing to identify further assets that may be strategically more valuable to others than to BP as we complete the programme.”Under the terms of the agreement, UEG is required to pay BP a cash deposit of $100 million with the balance of the proceeds due on completion of the sale.Completion of the transaction is subject to closing conditions including the receipt of all necessary governmental and regulatory approvals. BP Pakistan’s current net production is about 35,000 barrels of oil equivalent a day (BOED). Gross oil production is around 10,000 b/d while gas production is approximately 200 million standard cubic feet a day – Dailytimes