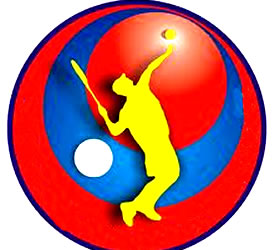 ISLAMABAD: President PTF Syed Kaleem Imam has said that a four year plan has been prepared to promote tennis in the country.He said that for raising the standard of the game the federation would hold tournaments at the grassroots level. “We will hold events at the school and college level from all over the country and would try to get sponsorship for that,” he told APP.He said that the active working of Pakistan Tennis Federation (PTF) would help it get sponsorships for holding different events in the country.He said he had asked the newly elected office bearers of PTF to play their active role in this regard. .

“Our aim is to hunt the hidden talent to make tennis a popular game of our country. And under our four year plan we hope to get sponsorship from multi national organizations, banking sector and mobile companies”, he said.He expressed that the services of qualified coaches for polishing the talent of young budding players would be hired adding that the PTF would also seek guidance and suggestions from well known tennis players and those who wished to see the country at the height of glory.“Their recommendations for raising the standard of tennis would be given due consideration,” he added.The PTF President said that the federation’s website would also be launched soon where the fans would be able to get latest news and updates about tennis.He also informed that four young Pakistan players, Muhammad Mudassar, Zaid Mujahid, Husnain Manzoor and Iman Qureshi would feature in U 14 tennis championship to be played in Myanmar from January 23  – App