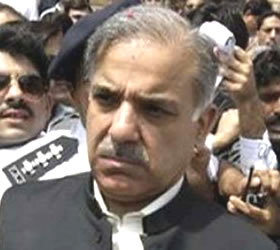 LAHORE: ‘Pakistan Business and Investment Conference’ is being held in Dubai on 13 December (today), which will have over 140 delegates from Pakistan meeting with a similar number of UAE-based investors and traders for matchmaking and finalising agreements of mutual interests.Chief Executive Officer (CEO), Punjab Board of Investment and Trade (PBIT), Saadat Muzaffar informed that Chief Minister Punjab, Mohammad Shahbaz Sharif is leading a 100 CEOs delegation to UAE to solidify trade and investment linkages between the two regions, as the second largest trade and investment partner enjoys a special relationship with Pakistan.

He further said this investment conference is going to translate into an estimated 10 MoUs in various trade and investment the sectors of agri-business, livestock and dairy, mines and minerals, energy and international business. These agreements are potentially worthy of generating investments totalling approximately USD two billion, he added.CEO PBIT said that Punjab, being Pakistan’s most industrialised province and investment-ready in terms of its policies, is leading this activity with chief minister acting as a representative of business community’s need to boost the trade balance from USD 4.8 billion to USD eight billion in next few years.Muzaffar pointed out that this is for the first time that Pakistan is showing its strength through organising such a conference, saying this signals that we are ready to take our business and political relationship at a new level under the leadership of chief minister, Punjab. PBIT is the flagship investment promotion agency of Punjab with the aim of creating economic mergers in high-value sectors through linkages and effective connections with logistical hubs, such as UAE – Brecorder

Remittances swell to $4.43 billion in July-November