More U.S. billionaires pledge to give away wealth 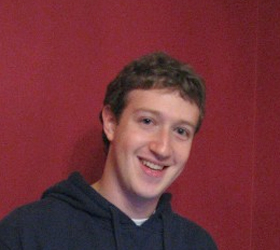 NEW YORK (Reuters) – Another 17 U.S. billionaires, including Facebook co-founders Mark Zuckerberg and Dustin Moskovitz, have pledged to give away at least half their fortunes in a philanthropic campaign led by Warren Buffett and Bill Gates.

A total of 57 billionaires now have joined The Giving Pledge, which was launched by Microsoft founder Gates and investor Buffett in June. The campaign announced the new pledges in a statement late on Wednesday.

Gates, his wife Melinda, and Buffett have asked U.S. billionaires to give away at least half their wealth during their lifetime or after their death, and to publicly state their intention with a letter explaining their decision.

The Giving Pledge does not accept money or tell people how to donate their money but asks billionaires to make a moral commitment to give their fortunes to charity.

“People wait until late in their career to give back. But why wait when there is so much to be done?” Zuckerberg, who gave $100 million in September to the beleaguered public schools of Newark, New Jersey, said in a statement.

“With a generation of younger folks who have thrived on the success of their companies, there is a big opportunity for many of us to give back earlier in our lifetime and see the impact of our philanthropic efforts,” he said.

In addition to Zuckerberg and Moskovitz, the world’s youngest billionaires, pledges were made by AOL co-founder Steve Case, financier Carl Icahn and Michael Milken, a former Wall Street executive who went to prison in the early 1990s for securities violations.

“In just a few short months we’ve made good progress,” said Buffett, who made his fortune with insurance and investment company Berkshire Hathaway Inc.

“The Giving Pledge has re-energized people thinking about philanthropy and doing things in philanthropy and I look forward to many more conversations with families who are truly fortunate and whose generosity can and will change lives,” he said.

Along with speaking to about a quarter of the wealthiest people in the United States about The Giving Pledge, Gates and Buffett hosted a dinner with Chinese billionaires in Beijing in September in a bid to promote a culture of philanthropy in China. The pair plan to visit India in March.

Forbes magazine said the United States is home to more than 400 billionaires, the most of any country.

Individual Americans gave more than $227 billion in 2009, according to the Giving USA report by the Center on Philanthropy at Indiana University, down just 0.4 percent from the previous year despite the U.S. recession.

Buffett pledged in 2006 to give away 99 percent of his wealth to the Bill & Melinda Gates Foundation and family charities. Bill and Melinda Gates have so far donated more than $28 billion of their fortune to their foundation – Yahoonews

Company is first to return spacecraft from orbit