CCP grants final hearing to Agritech, FFC on 15th of this month 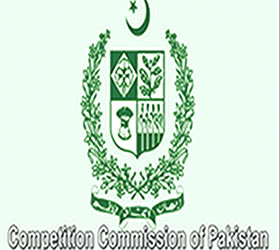 ISLAMABAD:The Competition Commission of Pakistan (CCP) in concluding the second phase review of the pre-merger application for acquisition of 79% shares of Agritech Ltd. by Fauji Fertilizer Company Ltd. (FFC) has granted the parties final hearing on 15 December 2010.The CCP’s hearing notice to FFC summarizes the findings of its second phase review of the pre-merger application. CCP is prima facie of the view and seeks further clarification from FFC that by allowing FFC acquisition of the Agritech, the company will not only create and strengthen the already existing dominant position of FFC but will also result in lessening of competition by the removal of competitors in the relevant markets.

Under sub-section (1) of section 11 of the Competition Act, “a merger which substantially lessens competition by creating or strengthening a dominant position in the relevant market” is prohibited unless it is proved that the proposed acquisition contributes substantially to the efficiency of the production or distribution of goods or to the provision of services, and that such efficiency could not reasonably have been achieved by a less restrictive means of competition and that the benefits of such efficiency or promotion clearly outweigh the adverse effect of the lessening of competition.The Commission has given another opportunity to FFC to set forth efficiencies arising out as a result of the acquisition and prove that how, when and at what cost the efficiencies will be achieved; how these cost savings are merger-specific; how the efficiencies will affect the acquirer’s ability or incentive to compete and; how the efficiencies gained will translate into benefits for the end-consumers of fertilizer as well as to satisfy the failing firm defense at the hearing – Sananews

Khurshid shows serious concerns over the activities of Munter