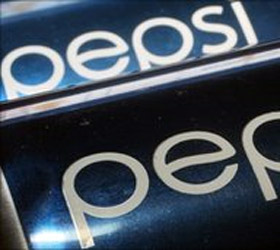 Soft drinks maker PepsiCo has said it is buying a 66% stake in Russian dairy and fruit juice maker Wimm-Bill-Dann for $3.8bn (£2.4bn).

PepsiCo said it would also seek to buy the remaining shares in Wimm-Bill-Dann when the initial deal is completed.

The deal is the biggest foreign investment in Russia outside the energy sector.

In a statement, PepsiCo said: “The transaction will establish PepsiCo as the largest food and beverage business in Russia, make it a leader in the country’s fast-growing dairy category and build its presence in key markets in eastern Europe and central Asia,”The firm added that the deal would increase its annual revenues to nearly $13bn, putting it on course to achieve its strategic goal of building a $30bn nutrition business by 2020.
Humble beginnings

Sergei Plastinin, Wimm-Bill-Dann chairman, said the agreement was an historic one for both his company and the country. “Wimm-Bill-Dann was started 18 years ago with a handful of employees based in one room,” he said. “Today we have over 16,000 people and 38 production facilities.” The deal was reached after only three weeks of talks. Its completion is subject to regulatory approval – BBCnews