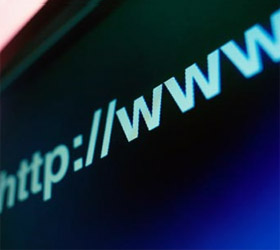 MONTEVIDEO (AFP) – The reserve of available Internet addresses will be used up around the world in January, warned experts based here.

Internet addresses are distributed by the Internet Corporation for Assigned Names and Numbers.
“The pool of central addresses will be used up in January,” said Ernesto Majo, communications director for the Registry of Internet addresses for Latin America and the Caribbean, a Montevideo-based NGO.

“This week four blocks of Internet addresses have been used up,” Majo told AFP Friday. “We are left with only five, and it has been decided that they will be distributed to each of the regional Internet registries.”

But Majo said the situation was “not serious” because a new Internet protocol will allow the production of billions more Internet addresses. The currently used Internet Protocol version 4 (IPv4) manages about four billion addresses and has reached its limit, experts said. But an alternative protocol – IPv6 – will allow to register and service billions new addresses – Nation