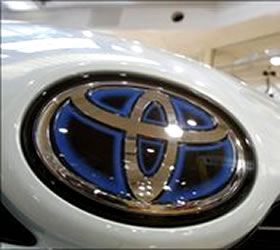 Toyota has said it will repair 650,000 Prius models worldwide because of a fault with the coolant pump.The problem, which does not represent a safety risk, could cause the vehicle to overheat and lose power.The Prius models involved were sold between 2004 and 2007 with more than half in North America, 180,000 in Japan and another 70,000 in Europe.Toyota is the biggest carmaker in the world, and the Prius is the best-selling hybrid model in Japan.The company said it had not received any reports of accidents or injuries from problems with the pump, which circulates coolant for the hybrid system.Carmakers often carry out this type of repair campaign, which Toyota stresses is not a recall. Safety recalls occur when regulators decide a defect presents a safety risk.Nonetheless, the fault puts Toyota once more in the spotlight with the focus on the reliability of its vehicles.Since last November, Toyota has recalled about 14 million vehicles worldwide, including about 11 million in the US.Toyota said it would begin notifying owners of the Prius repair campaign in the US in early December – Bbc