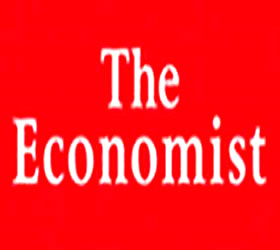 KARACHI:Pakistan has topped the ranking in the microfinance regulatory framework category released by the Economist Intelligence Unit (EIU), a business information arm of the Economist Group – the publisher of the world renowned magazine, The Economist.The EIU Report provides annual ranking and in-depth analysis of the microfinance business environment in 54 countries. It evaluated the countries on three distinct microfinance criteria: 1) the regulatory framework, including official legal recognition, interest rate restrictions, market distortions, capital requirements and regulatory capacity; 2) the general investment climate for microfinance providers, especially accounting standards, governance tendencies and transparency requirements; and 3) the level of microfinance institutional development, as measured by market concentration, the range of services provided beyond credit and the quality of borrower information.

In the overall microfinance business environment rankings, the Philippines and Pakistan fill the top ranks in Asia. Pakistan has been ranked:1st along with Cambodia & Philippines with respect to Regulatory framework (up 12.5 points from 2009),5th for overall microfinance business environment, (up 8.4 points from 2009), 12th for Institutional development (up 8.3 points from 2009) and 20th for investment climate.A marked improvement in rankings is the result of the State Bank of Pakistan’s proactive approach to microfinance regulations. SBP revisited a number of microfinance regulations amending rules to support microfinance banks (MFBs), such as lifting regulations that prevented them from accepting foreign currency loans from international investors and relaxing the limits on borrowers’ annual income upward from Rs150,000 (US$1,780) to Rs300,000 for general loans, and Rs600,000 for housing loans. Also, the loan classification criteria for MFBs were aligned with international best practices and industry norms.The EIU Report has validated the SBP’s approach to microfinance development in Pakistan. The Report has also acknowledged improvements in microfinance institutional development in Pakistan during the last year. SBP believes that in the long run institutional development is the most critical factor for sustainable growth of microfinance in the country.

SBP has adopted a five-year Microfinance Strategic Framework that is not only focused on policy, legal and regulatory framework for the microfinance industry, but also, strengthening the necessary infrastructure and supporting mechanisms to promote diversity and sustainability in the microfinance business. Under the Strategic Framework, SBP raised Minimum Capital Requirements for Microfinance Banks (MFBs) to ensure that only such sponsors venture to establish MFBs which have adequate financial resources to meet the present and future capital requirements. Moreover, the increased share capital will facilitate MFBs to meet the growing demand for investments in technology intensive infrastructure and information systems to deploy mobile banking services.Moreover, the SBP has launched a number of other microfinance initiatives to transform the microfinance sector from a subsidy based to a market-based system. SBP had launched two key microfinance facilities, the Microfinance Credit Guarantee Facility (MCGF) and the Institutional Strengthening Fund (ISF) in December 2008. The MCGF, through a combination of market based incentives, has mobilized Rs 1.35 billion to microfinance banks from commercial banks. The facility is expected to help develop the market and introduced poor borrowers to mainstream financial institutions. Similarly, the ISF has approved Rs400 million as grants for microfinance providers to enhance their institutional and human resource capacity, develop and implement strategies to mobilize micro-savings, strengthen governance and internal control functions, and launch branchless banking initiatives – Dailymailnews

Adding cherry on top to the Leaks bullshit