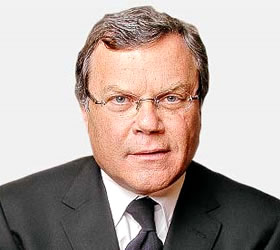 The European Commission has launched an investigation into Google after other search engines complained that the firm had abused its dominant position.The EC will examine whether the world’s largest search engine penalised competing services in its results.The probe follows complaints by firms including price comparison site Foundem and legal search engine ejustice.fr.Google denies the allegations but said it would work with the Commission to “address any concerns”.Earlier this year the attorney general of Texas launched a similar investigation following complaints from firms including Foundem.The objections in both cases are from competitors which allege that Google manipulates its search results.”The European Commission has decided to open an antitrust investigation into allegations that Google has abused a dominant position in online search,” the body said in a statement.

It said the action followed “complaints by search service providers about unfavourable treatment of their services in Google’s unpaid and sponsored search results coupled with an alleged preferential placement of Google’s own services.”The Commission’s investigation does not imply any wrongdoing by Google.”Since we started, Google we have worked hard to do the right thing by our users and our industry,” said the firm in a statement.”But there’s always going to be room for improvement, and so we’ll be working with the Commission to address any concerns.”Sir Martin Sorrell, chief executive of WPP, the world’s largest advertising agency, welcomed the EU’s decision to investigate.”Search is the portal to the internet and Google has a colossal share,” Sir Martin told the BBC. “I do not think that the investigation is surprising, given the strategic importance of the internet.”He said that many of WPP’s big clients will also welcome the probe.”When someone [like Google] is so successful you have to wonder why,” he said. “If the EU find something it will ensure consumer choice is protected. If [the EU] doesn’t find anything, that will be good.”

ICOMP, a business group whose members include Foundem, said it welcomed the investigation. “This is not just about search results,” said ICOMP’s legal adviser David Wood.”This is about the whole ecosystem of doing business with online content, online advertising companies and software companies.”Google offers two types of search result – unpaid results produced by the firm’s algorithms that are displayed in the main body of the page and “ads”, previously called sponsored links.The investigation will try to determine whether the firm’s method of generating unpaid results adversely affects the ranking of other firms, specifically those providing so-called vertical search services.These are specialist search providers, and can include sites that offer price comparison, for example.Foundem alleges that Google’s algorithms “remove legitimate sites from [its] natural search results, irrespective of relevance”. It also says that the firm promotes its own services over those offered by competitors.”Google is exploiting its dominance of search in ways that stifle innovation, suppress competition, and erode consumer choice,” Foundem said in its complaint filed in February 2010.

But Google argues that there are “compelling reasons” why these sites are “ranked poorly”.For example, it said, Foundem “duplicates 79% of its website content from other sites.””We have consistently informed webmasters that our algorithms disadvantage duplicate sites,” the firm said. The Commission will also look into allegations that Google manipulated elements of its system that determine the price paid for ads from these sites.Finally, the investigation will also probe how the company deals with advertising partners.Advertising is the core of Google’s business.Google is alleged to impose “exclusivity obligations on advertising partners, preventing them from placing certain types of competing ads on their web sites, as well as on computer and software vendors,” according to an EC statement.In addition, the EC said it would also look into “suspected restrictions on the portability of online advertising campaign data to competing online advertising platforms.”Google says it already allows customers “to take their data with them when they switch services” and that its contracts “have never been exclusive” – Bbc