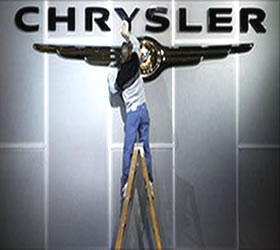 General Motors and Chrysler, the US carmakers saved from collapse by government bail-outs, have announced plans to each hire about 1,000 staff.The moves underline the turnaround in fortunes at the firms and signal that US manufacturing may be on the mend.But the news came as Federal Reserve chairman Ben Bernanke warned of the high jobless rate becoming entrenched.Job creation was “probably the most important economic issue facing America today”, he said.GM said that its hiring of engineers and researchers would begin immediately for work on a new generation of electric vehicles.Chrysler said its extra engineering jobs were needed to help handle global growth as well as expansion of its small and mid-size vehicle line-up.GM, which has emerged from Chapter 11 bankruptcy protection, is now making a profit, while Chrysler has cut its losses substantially.

The good jobs news will, however, make little difference to America’s 9.6% unemployment rate, which has been around this level since the middle of 2009.”This is very unusual and very worrisome,” Mr Bernanke said during a debate in Ohio.He warned that some jobless people could become “detached” from the workforce, skills could erode over time and firms become more sceptical about the unemployed.”This could have a very long-term effect on people’s wages, on their employability,” he said.He comments came as Swiss pharmaceutical giant Novartis compounded the jobless problem by saying that it would cut 1,400 jobs in the US as it restructures its general medicines team in the face of expiring patents – Bbc