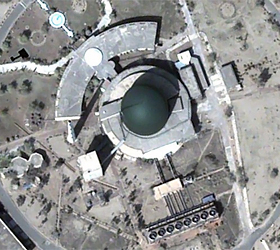 ISLAMABAD: Government on Monday informed the donor community that Pakistan is in favor of use of nuclear energy for civil purposes and two small power projects are underway to increase nuclear power in the country. Creation of Energy Ministry by merging water and power and petroleum ministries is under active consideration by the government.

During the presentations at Pakistan Development Forum Naveed Qamar, Minister for Petroleum and Raja Pervaiz Ashraf, Minister for water and power presented the overview of the Pakistan’s energy sector.

Raja Pervaiz Ashraf was of the view that he might lose the ministry or Naveed Qamar could be the affected minister after merger of two ministries in to one energy ministry.

Pakistan has discoveries of 965 million barrels per day oil but actually producing 659 million barrels oil per day, some 544 trillion cubic feet gas has been discovered but the country is actually producing 26 trillion. Whereas on coal side, 15000 million tonnes on proven reserves, Pakistan is actually producing 200 million tonnes at present. Pakistan is producing just 13% of its proven oil reserves, 19% of its proven gas reserves. He said that a number of proposals are under active consideration for promotion of oil and gas sector and soon a policy would be announced for the investors to import 1 billion BCFD gas, who would also be allowed to search their customers and sell it.

He termed TAPI and IP gas pipelines as essential for Pakistan’s energy security. He said that new policies for use of non-conventional gas resources is under consideration that would be placed before the Council of Common Interest meeting soon. This policy aims at utilising tight gas estimated reserves at 4 trillion cubic feet, Shale Gas (estimated reserves 10 tfc) and Low BTU Gas (estimates reserves at 4 tfc) and Standard gas through Virtual Pipelines.

He said that Syngas would be used as natural gas substitute in towns and villages whereas gas losses would be controlled through capital investment in transition and distribution system with the help of World Bank financing being negotiated and this would also include incentive package.

He informed that pricing, import and movement of oil products to be deregulated from January 1, 2011 and new incentive package for establishing oil storages is being given so as to increase storage period to 53 days cover.

Raja Pervaiz Ashraf informed the donor community that in Pakistan’s power generation, nuclear energy has a negligible share of 300 MW and Pakistan wants to be allowed use of nuclear energy for civil purposes. He said that power sector reforms are underway with full vigor. He outlined the power sector reform and said that strengthening energy sector governance and regulation, rationalising pricing and energy subsidies, developing energy finance capability, energy efficiency, use of domestic resources for generation and fast track investment projects for energy security.

He said that having embarked upon on ambitious but achievable reforms — by July 1, 2011 — Pakistan aims at reaching cost recovery level of tariff through cost reduction and tariff adjustments directly notified by NEPRA, more efficient cost effective service delivery, fully functional new Board of Directors, empowering of new management in companies and formulating policies for enabling environment – Dailytimes

Sovereign credit ratings on Pakistan affirmed at ‘B-‘, outlook stable

Sovereign credit ratings on Pakistan affirmed at ‘B-‘, outlook stable