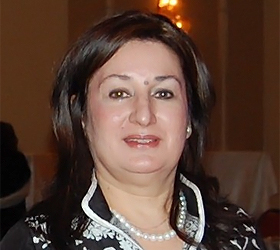 ISLAMABAD: The Foreign Minister applauded Senator Salma’s achievement for being the first Canadian female citizen of Pakistani origin in Canada to have the honour of having earned a place in the Canadian Parliament.

According to the Spokesman of Foreign Office, Ms. Salma Ataullahjan, on her part, informed the Foreign Minister that she is serving on several important Committees of the Canadian Parliament such as Human Rights, Status of Women and Trade. She is also working for the cause of women in Pakistan and would like to continue her efforts in bringing the people of the two countries closer to each other.

The Foreign Minister and the visiting Canadian Senator discussed various avenues of bilateral cooperation including the role of Pakistan Diaspora for the promotion of this relationship. He also appreciated the role of the Senator for the wellbeing of the Pakistani community in Canada as well as creating a better understanding between the two countries.

Knives being sharpened on eve of Eidul Azha